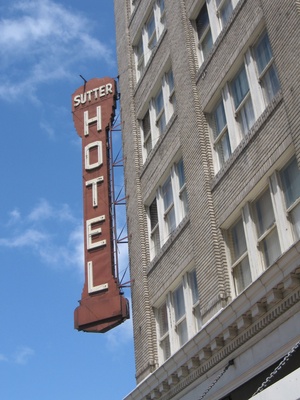 The Hotel Sutter is a residential hotel at 14th and Jefferson. The building was designed by Clay N. Burrell, and it was constructed in 1913-1914. In 2017, the owner began kicking out long-time tenants as part of a deal to sell the building. 2 The city had already passed a ban on the demolition or conversion of SROs, and the new owners (which included A's minority shareholder, Lew Wolff) filed suit against the city in 2019. 3