Near the turn of the century The LaSalle was tenanted by the Bercovich Cigar Company (known as “The Popular Cigar Palace”), real estate offices, and a saloon on the Ninth Street side. Three other buildings from the same period were situated beside The LaSalle along the Washington Street side; unfortunately, these structures were demolished before the restoration of Old Oakland began, thus disrupting the stylistic flow of this grand architecture. But the stripping of many coats of battleship-gray paint from The LaSalle in 1983 revealed the most astonishing, intricately patterned brickwork. 1 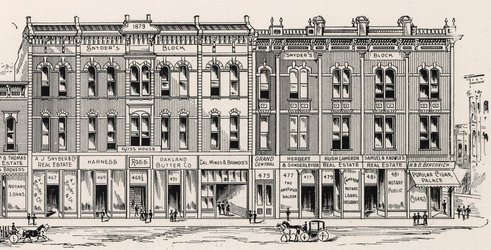 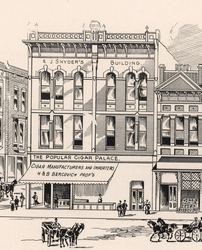