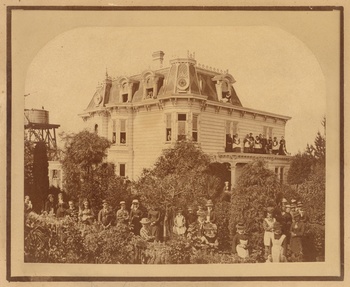 Miss Field's Seminary (also known as the Home School for Young Ladies, or simply Field Seminary) was a school for young women and girls founded in 1872 by Miss H.N. Field.

It was originally at 529 Hobart St. (now 21st St.), 2 which was later the site of the Sackett School. The photo from the California State Library has 423 Hobart written on the back, 1 but no such address can be found on the 1889 Sanborn maps. In 1879, the school moved to 1825 Telegraph in the Knox House, 2 about where present-day 27th St. is. 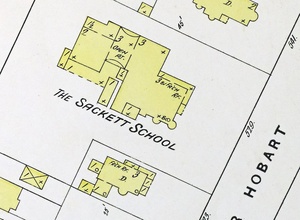 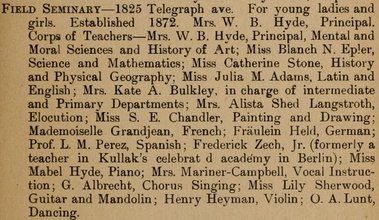