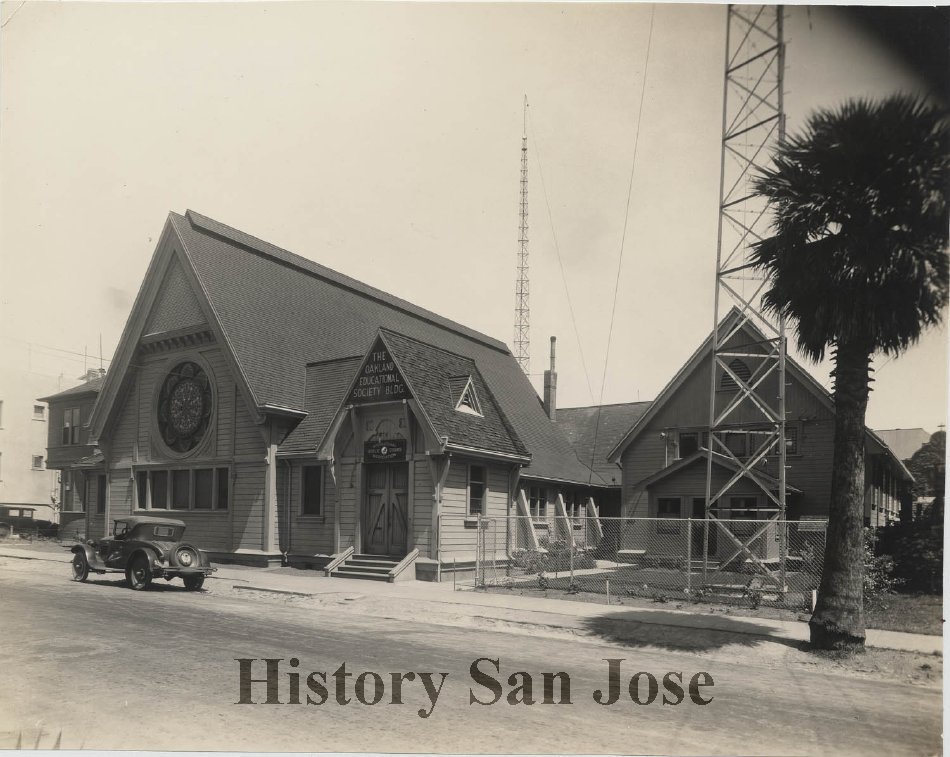 The Oakland Educational Society was a religious education group, noted for launching the KFWM Radio Station ("The Golden West Station") in 1925. 1 It was at 1520 - 8th Avenue. The station call letters were changed to KROW in June, 1930, and the station moved downtown in 1936. 4 It was also home to the Oakland branch of International Bible Students, part of which became the Jehovah's Witnesses. 6

Apparently having a radio broadcast antenna next door wasn't great for receiving other radio stations, as the neighbors complained to the city about the interference. 2

In 1929, George and Ella Richardson filed a $50,000 lawsuit after their son was accidentally electrocuted in the generator room. C. J. Madole was the operator of the station. 3

The buildings are still there, and now home to the Bible Fellowship Missionary Baptist Church. 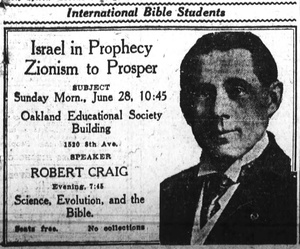 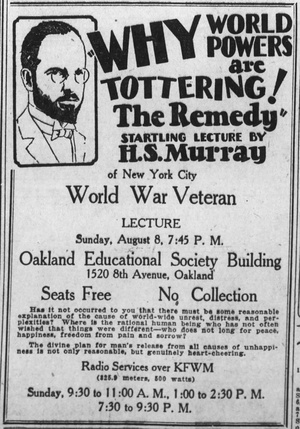 (note whatwasthere.com pics are at wrong address, 8th St. instead of 1520 8th Avenue)