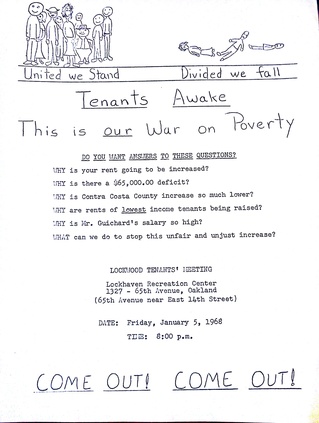 Courtesy the Oakland History RoomThe Oakland Housing Tenants' Union was an alliance of tenants from Oakland's public housing projects. It included both project tenant organizations and also individuals who weren't affiliated with any one tenant organization. It was formed in 1968 to protest minimum rent increases proposed by the local housing authority. The Union drafted a public housing tenants' bill of rights and lobbied to postpone minimum rent increases. After a meeting with the local housing commission in January 1968, the union won a victory by stalling rent increases and receiving a pledge from the city to better involve tenants in future decisions. [Editor's note: unfortunately the Oakland History Room's primary document folder on the Oakland Housing Tenants' Union only includes information from early 1968. Would love to learn more about other activities of this group... - mk30] 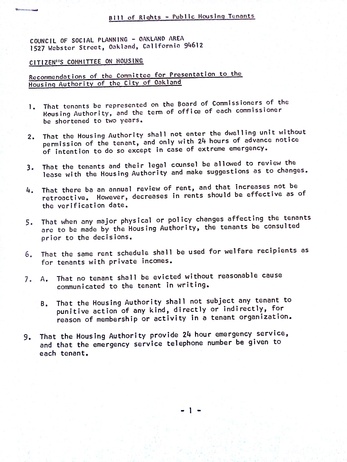 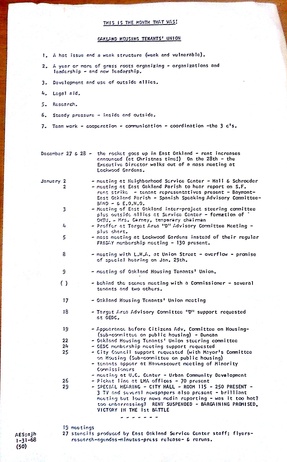