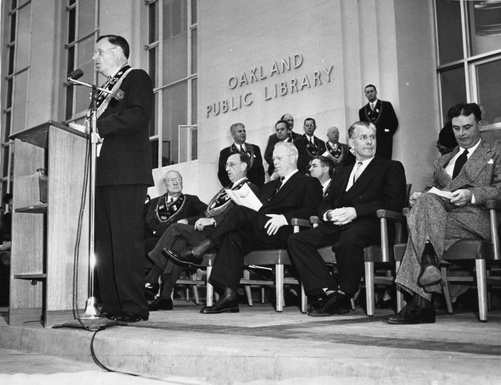 Oakland History Room librarian Martha Bergmann remembers him as a kind man, who was known for hiring eccentrics and others who had a hard time getting a job.

​Conmy was a member of the Native Sons of the Golden West, and a Catholic. He was a Master of the 4th Degree of the Knights of Columbus in 1966. 1