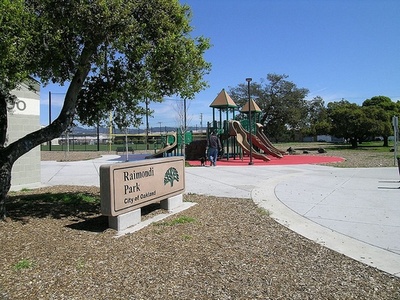 Raimondi Park (aka “Ernie Raimondi Park”) is a park containing an Athletic Field located at 18th Street & Wood Street. Dedicated in 1947, the park was named in honor of Ernie Raimondi (1919–1945), a minor league baseball player and WWII veteran who grew up in Oakland.

In September, 2008, the first of two stages of a $7.2 million refurbishment of the park was completed. This included new drainage systems for the playing fields. 1