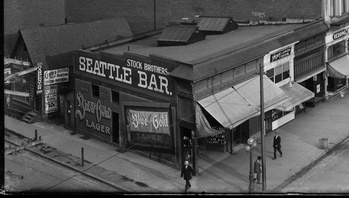 The brothers were Samuel Stock and Arthur E. Stock. Their names appear in the 1911 directory; only Samuel appears in the 1913 directory. There's no mention of them in the 1910 or 1916 directories.