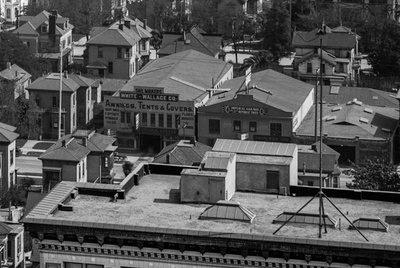 A 1911 directory listing gives some of people involved: William H. H. White, president; Chauncey M. White, secretary; A. M. White, treasurer. William and Chauncey were brothers, two of the sons of Col. James Munro White. 3 [ Unknown who A. M. was; no Wallaces so far. ]

It's not clear what years the company was in business. Ads for White-Wallace Co. range from 1908 to 1914. 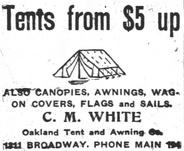 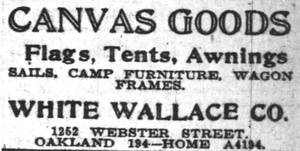 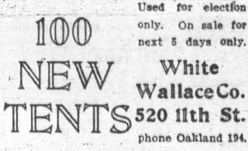 In 1911-1912, they advertised sleeping porches, even writing an advertorial that extolled the health virtues of sleeping in the fresh air. 6 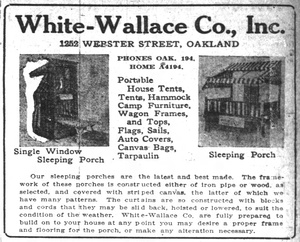