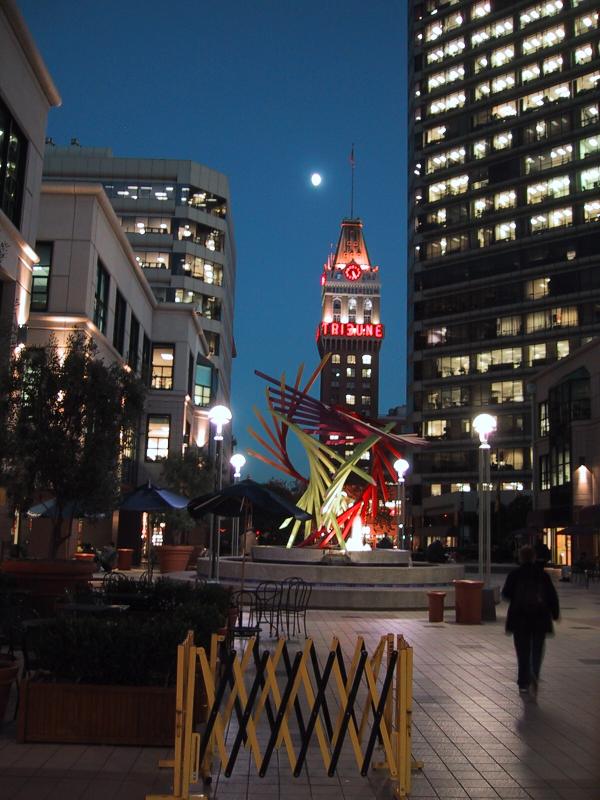 A view of the Tribune Tower from Lafayette Square.The city of Oakland has a troubled relationship with its public image. From racist portrayals of poverty and despair to the image of violent Occupy protests, Oakland residents have historically had few opportunities to dictate the terms by which their community would be presented to the world. Many members of our community are from groups that have historically been excluded from the traditional avenues of creating and sharing knowledge. There has been little opportunity for the community itself to actually come together to create its own history and identity, and in doing so to overcome internal divisions and the identity placed on Oakland by others. Mural on Ideal Market in West OaklandAlthough Wikipedia has excellent content about Oakland, a great deal of important information about Oakland would not pass Wikipedia’s verifiability or notability standards for new entries. There may not be easily available historical or news sources for much of Oakland’s history (for example, the history of Chinatown from the residents’ own perspective), and much of the information that members of our community would consider important (such as where to get health care when you lack health insurance) would not be considered notable or even relevant in Wikipedia.

This wiki empowers members of our community by providing an easy way to create and share knowledge, collaborate with others (across traditional internal boundaries and divisions), and use accessible editing tools to contribute to a public web-based project. As an entirely community-driven site that will accept all knowledge about Oakland, Oakland Wiki is big enough to accommodate the fascinating culture, history, diversity, multiplicity, and all the complicated things that create the fabric of “what it’s like to live in Oakland.”