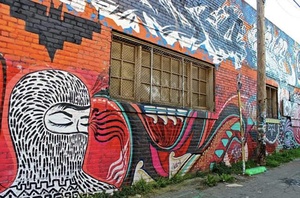 The Solano Alley Project in East Oakland is now home to an enormous amount of powerful large-scale murals. The collaborating artists, who largely reside in the area, have donated paint, time, as well as gathered a vast amount of professional and well-respected collaborators to envelop the alley from street to building top with whimsical character based images filled with cultural and thought-provocative iconography.

Some consider street painting with a spray-can to be vandalism and a public nuisance that must be eliminated but the local community embraces the work on Solano Alley. These artists have come together with brush and spray-can to transform the neighborhood into an area where local school classrooms now visit in amazement and receive inspiration. Many of the included documented artists consider themselves to be “hybrid”, malleable to a variety of forms of expression, not just graffiti or street style. The group of well-known artists is not only dedicated to the transformation of the neighborhood, but to the building and strengthening of community in its entirety.

The alley is anchored at one end (the end with a Urban Aztec mural on the side) by Amor Eterno tattoo shop and gallery. Read about it here.

New pieces were put up in (April, 2014) by Ceaver, Logo and Oya. There was also a piece of a dude with a sax by Peskador.
The alley has a constantly changing set of murals. 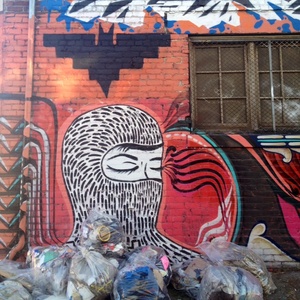 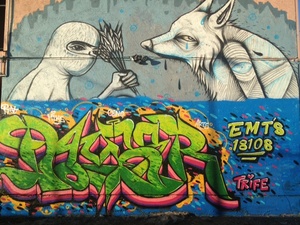 canon dill and? (photo by greenkozi) 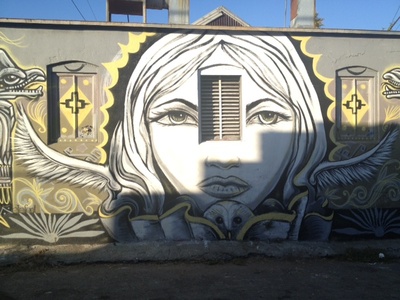 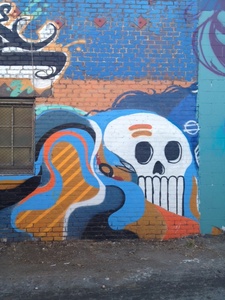 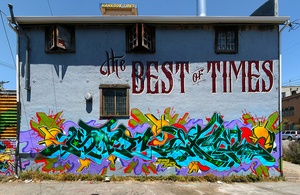 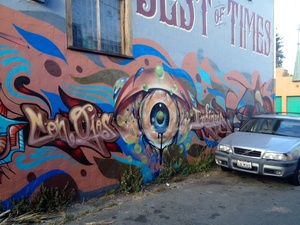 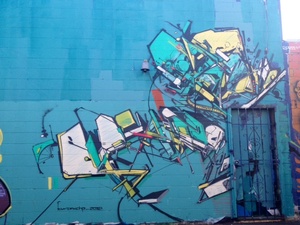 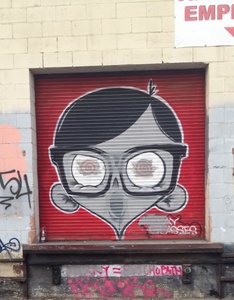 new piece where xray glasses was: 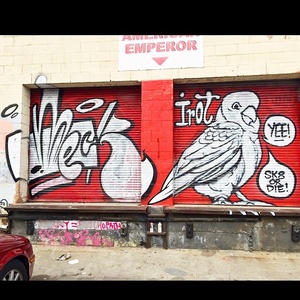 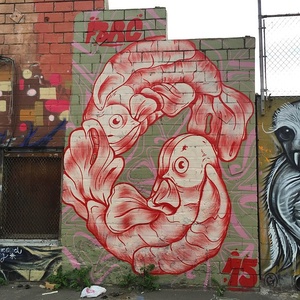 new piece (3/15) by fbrc. photo by brook_v used with permission