What do you know about Haller Fountain?From the plaque:

The Haller Fountain was brought to Port Townsend by Resident Theodore N. Haller to honor his deceased father and brother. After the dedication speech, Mr. Haller read a poem about the Greek sea nymph, Galatea, and the statue has been known by that name ever since. Once planted as a flower bed and even used for performing-trout shows, the fountain was eventually damaged beyond repair. After a community fundraising campaign, the fountain was re-cast in 1992. Galatea was unveiled in a public ceremony where the reclaimed her status as one of Port Townsend's favorite landmarks.

The stairs behind the Haller Fountain lead to the historic uptown business district and other sites of interest. At the top of the stairs, visit the Rothschild House State Museum and the Bell Tower. 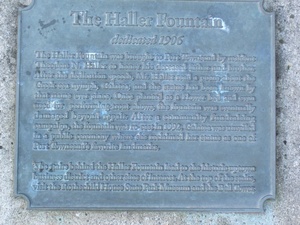 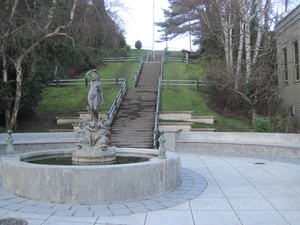 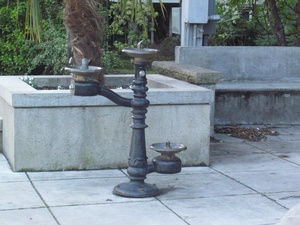