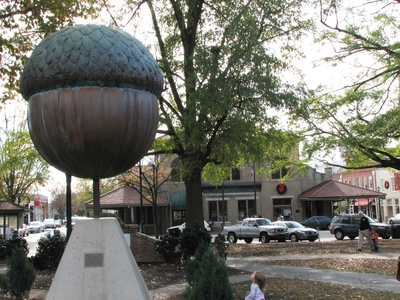 The copper acorn in Moore SquareThe giant copper acorn is one of the symbols of Raleigh. Made by Sculptor David Benson, the acorn weighs 1,250 pounds and was donated for the city's bicentennial in 1992​.

"On Dec. 29, 1991, the acorn was escorted from Benson’s home studio in Five Points by a parade of Harley-Davidson motorcycles, a man in a squirrel outfit and carloads of admirers.

More than 20 years later, the statue remains a quirky symbol for the City of Oaks. And Benson is still its proud caretaker."

- For Raleigh’s acorn sculptor, a labor of love​ via MidtownRaleighNews.com

Every New Year's Eve, the acorn is dropped during the countdown to the new year.

In April 2011, Raleigh experienced some severe weather and a tornado hit East Raleigh and parts of downtown. The tornado's fury damaged the Acorn and the dent lasted most of the year. The Acorn was repaired before the First Night of the same year however. 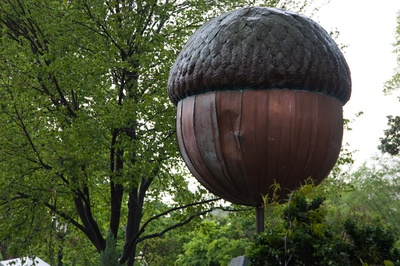 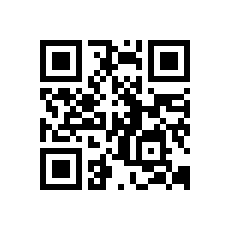 QR code for this page