The Agricultural Building of the Berry O'Kelly School is in the Method community, a reconstruction-era village founded by former slave Jesse Mason. As the name suggests, the school was founded by Berry O'Kelly, a nineteenth-century merchant, civic leader, philanthropist, and proponent of practical education for African American youth. Small one-room schools existed in Method in the early 1870s; in 1895 a new school was built on a site that would later become the Berry O'Kelly High School campus. The campus eventually grew to include eight buildings. 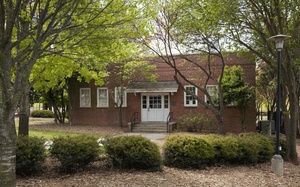