Cameron Indoor Stadium is located in Durham, North Carolina on Duke University's West Campus. It is home to the Duke men’s and women’s basketball teams as well as the volleyball, gymnastics, handball, and wrestling teams. The stadium has become a basketball icon due to the national prominence of the Duke men’s basketball team and its exciting atmosphere. Sports Illustrated named it the fourth best sporting venue of the entire 20th century. 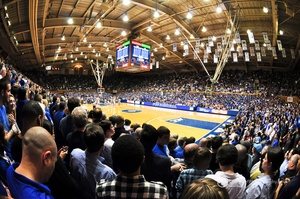 Originally named “Duke Indoor Stadium” the arena was constructed in 1935. In 1972 it was renamed after Eddie Cameron, who was a former football coach, basketball coach, and athletic director at Duke. Cameron Indoor underwent major renovations in 1987 and a few minor renovations in 2009 and 2010. While designing the arena, the university emphasized that the arena should blend in with the gothic architecture of its West Campus surroundings. Today, this is one of the defining features of Cameron. It is possible to walk right past it without realizing that you passing an iconic basketball arena.

Atmosphere
Cameron’s seating capacity, less than 10,000 people, is much smaller than most other high-profile college basketball stadiums. However, the small arena allows all fans to get involved in the game. In Cameron, every seat has a good view of the court; there are no bad seats. There is a tradition of fans engaging passionately in the games. Dubbed the “Cameron Crazies”, the Duke student section is known nationally for its creative chants and unrelenting heckling of the opposing team. In fact, the widely-used basketball term “airball” (when a player’s shot misses the rim and backboard completely) originated from the Crazies during a game at Cameron Indoor in 1979.

Tickets
Attending a college basketball game in Cameron is a must for any college basketball fan. However, tickets for men’s games are often hard to come by because they are mostly sold as season ticket packages. Fortunately, there are often some season ticket holders who sell their tickets for face value outside the arena before home men’s basketball games. This is an easy and relatively cheap way to buy tickets to a single game. Also, tickets to women’s games as well as wrestling matches are much easier to attain. 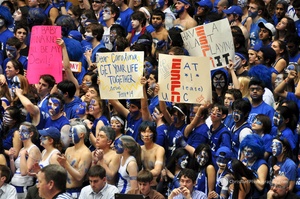 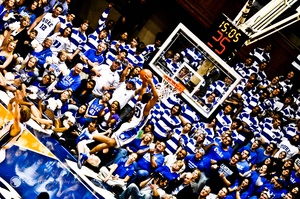 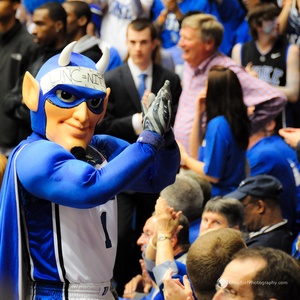