Durham’s Third Fork Creek Trail opened to the public in fall of 2010. The trail is approximately three miles long and runs from Garrett Road Park north to the Martin Luther King Jr. Parkway. It is maintained by the City of Durham Parks and Recreation Department.

The planned Phase Two of Third Fork Creek Trail, if completed, will extend the trail from Southern Boundaries Park to the American Tobacco Trail. Phase One, which consists of the trail as it now exists, took longer than expected, as planners faced hurdles from funding shortages, reluctant landowners, and regulatory issues.

Like other city trails and greenways that closely follow natural streams, Third Fork Creek Trail runs alongside the creek after which it is named. According to the City of Durham, this is because flood plain land is more ideal for recreational use than other development. 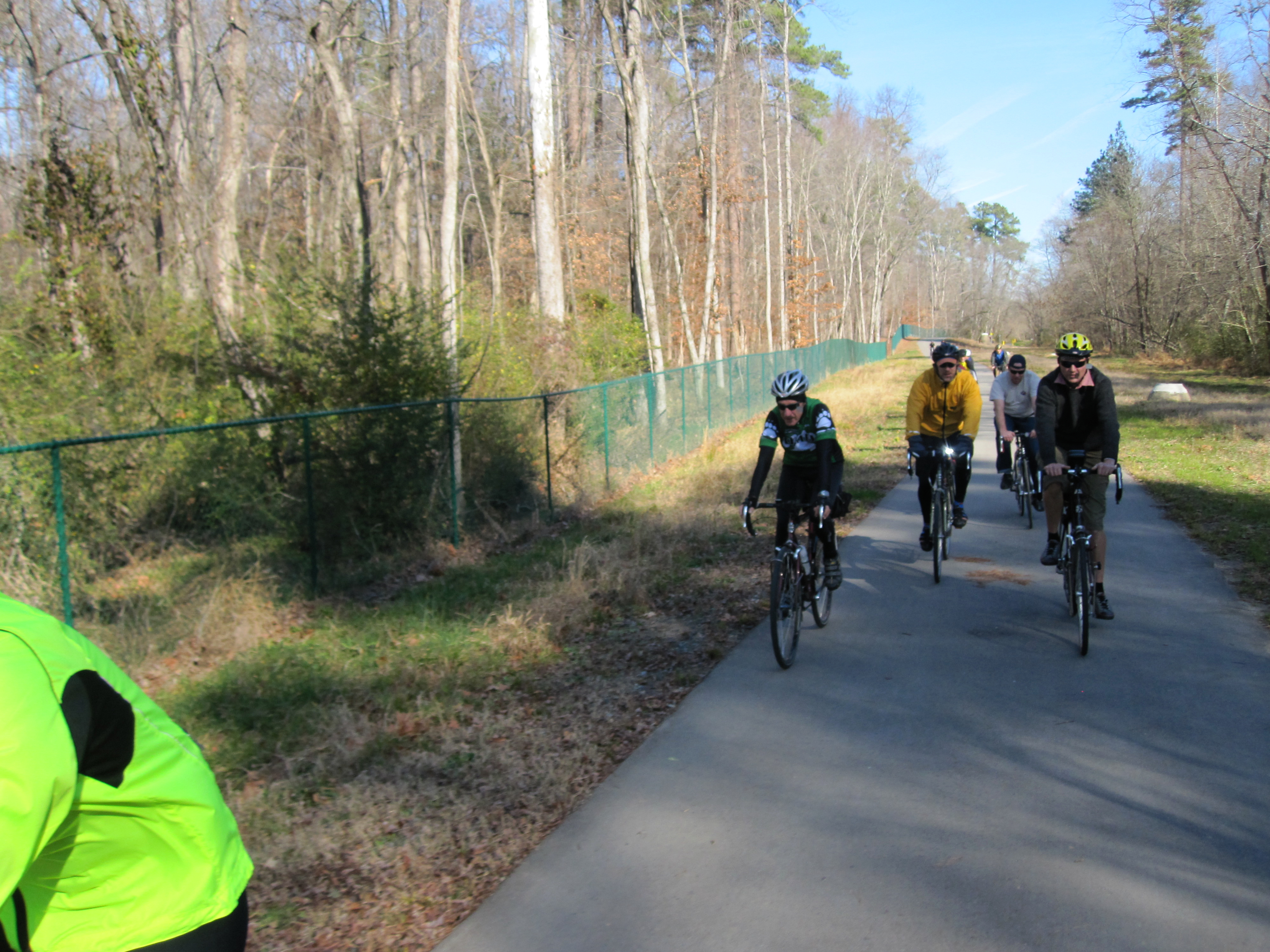 Bicycling is one of several popular activities on Third Fork Creek Trail (photo by Flickr user sleepyneko). Using the Trail

With wide, paved trails, bollards to keep out motorized vehicles and a natural setting running between--not along--main roads, the trail is a good place for walking, running or biking. It is quieter and less crowded than the nearby American Tobacco Trail. It is a popular route for dog-walkers but does not provide stations to pick up or dispose of waste bags, leaving owners to dispose of waste at either end of the trail or at the Woodcroft Shopping Center. The trail runs through residential areas but is generally bounded by trees and the creek to preserve the natural setting. However, much of the trail, particularly the brief stretch running along South Roxboro Street, lacks shade for relief from high temperatures during summertime exercise. 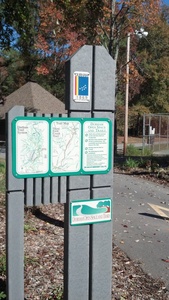 The trail entrance at Garrett Road Park is near tennis courts, a playground, a picnic area and restrooms (photo by Casey Hart).Official trail parking is available at both ends of the trail, at Garett Road Park and Southern Boundaries Park. Users can also access the trail from the northern edge of the Woodcroft Shopping Center parking lot at the corner of Woodcroft Parkway and Hope Valley Road. Some parking spaces close to the trail are specifically marked for shoppers, but those closest to Woodcroft Parkway are not. The Durham Open Spaces and Trails Commission provides more information on trail access, noting several points of entry along residential streets and public-transit access from Durham Area Transit Authority routes 7 at MLK Parkway and 14 at Woodcroft Parkway.

Due to its location on the Third Fork Creek flood plain, the trail has suffered some flooding and erosion and required repairs. Heavy rains occasionally leave the trail flooded and inaccessible on the north side of Woodcroft Parkway.

The City of Durham reportedly planned for some level of erosion, but heavy rains in the summer of 2013 caused more flooding and damage than anticipated, necessitating the closure of a portion of the trail and several access points. The trail section impacted by this damage included everything between MLK Parkway and Cardinal Drive.

The trail was re-opened in the fall of 2013, but the city says more work on the trail is likely in 2014, after planners consider permanent fixes that are more complicated and costly.