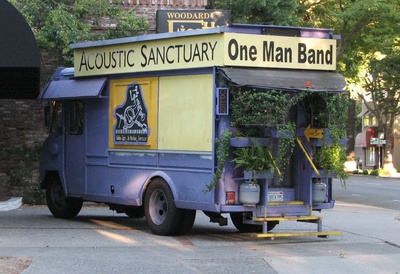 The Acoustic Sanctuary is a one-man-band show that plays inside a purple van parked out on J Street in midtown on the weekends.

The artist is Winko Ljizz. He has a variety of instruments that he plays, sometimes several at a time, including: kalimba, string bass, violin, trumpet, steel guitar, saxaphone, trombone and a patchwork contraption like a mini-tuba he calls the "moanaphone".

The Acoustic Sanctuary was formerly a surplus Army truck, once used as a mobile missile launch station, according to Winko.

Protocol: Go inside the van, as eerie as it looks, sit inside (price of admission is free), and when it's your turn, tell Winko what song or theme you want to hear. Tip him afterwards. 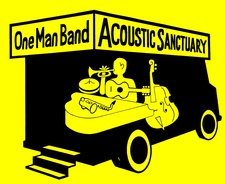 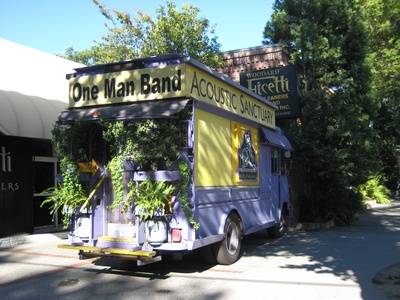