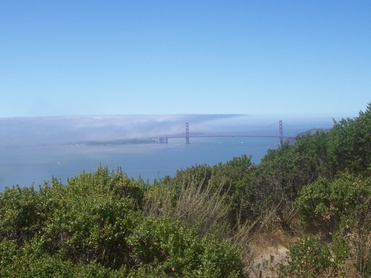 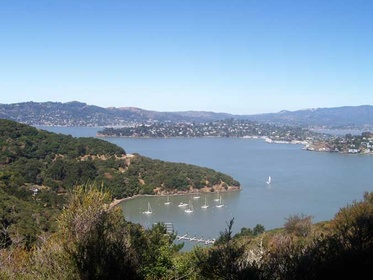 View of Tiburon from Angel Island, photo by Yell

Angel Island was an Immigration Station from 1910 to 1940, processing around one million Asian immigrants during its operation. There is controversy regarding immigration policies at the time, and many immigrants spent years on the island while waiting for admittance to the USA. The Immigration Station was shut down after a fire in 1940. During World War II, Japanese, and German POWs were held on the island and it was a missile base in the 1950s and 1960s. It is now a Historic Landmark and State Park.

Access to the island is by private boat or public ferry from San Francisco (from Pier 41 or the Ferry Building), Tiburon or Vallejo. Ferry service is reduced during the winter. See Blue and Gold Fleet. Bicycles may be brought to the island on the ferry and bike rentals are available on the island. Four campsites are available, but they must be reserved far in advance due to popularity. Dogs are not allowed on the island.