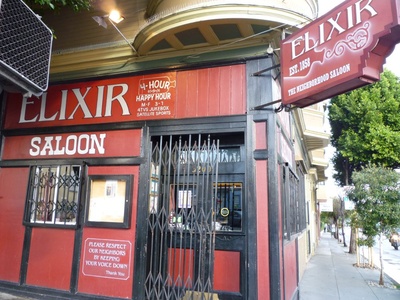 "On a saloon site said to date back to 1858, this bar stays current with the likes of organic drinks."

A small bar slightly off the beaten 16th and Mission path.

At least at some times, Elixir has been known to put on something called Cocktail Club where you learn about an alcohol and also drink it.