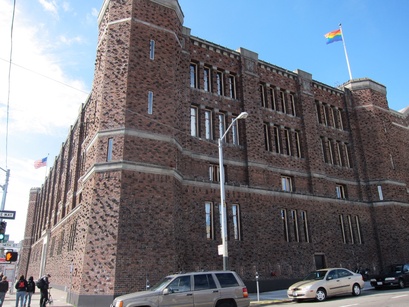 Officially known as the San Francisco National Guard Armory and Arsenal, the Armory is a 200,000 sq ft Moorish Revival castle at Mission and 14th.  Built in 1914 by the architectural firm Woollett and Woollett as a replacement for the original armory destroyed in the 1906 Earthquake, it was used by the National Guard between 1914 and 1976. After sitting empty for thirty years it was purchased by Kink.com in 2007. The building exterior features four octagonal towers, rough brick exterior walls, and narrow lancet windows.  Inside, the space is divided into two sections -the 84,700 sq. ft. Administration Building and the 39,000 sq. ft. Drill Court - and features offices, a gymnasium, swimming pool, locker and dressing rooms, an industrial kitchen, a banquet room, arsenal, company store room, boiler room, and indoor rifle range.

Two significant architectural facts about the Armory: you can see a small portion of Mission Creek from the basement and the Drill Court is the largest unsupported enclosed space in San Francisco.

Two significant cultural facts about the Armory: In 1976, George Lucas used the Drill Court to film some scenes for Star Wars and for almost thirty years, boxing prizefights were held in the Drill Court each Tuesday and Friday night earning the building the nickname "The Madison Square Garden of the West".

The Armory was nominated to the National Register in 1978 for three areas of significance:  architecture, engineering and military; for the period of significance 1900-1912.

Tours of the Armory can be booked here.  Groupon offered a discounted tour coupon in April of 2012, which led the group "The War on Illegal Pornography" to call for a boycott of Groupon.

In January, 2007 Armory Studios, LLC announced that it had acquired the San Francisco National Guard Armory and Arsenal located at the corner of 14th and Mission Street.

This 200,000 square foot reproduction Moorish Castle was completed in 1914 and was used as a National Guard facility until 1976. It retains original period details including wainscoting, stone staircases, sweeping corridors, cavernous access to Mission Creek, and a gigantic drill court spanning almost an acre. It served as both a barricade and safety point for officers during rioting in San Francisco in 1934. Though for most of the past 40 years, it has sat vacant, it was used by George Lucas to film the first Star Wars movie.

The Armory was listed on the National Register of Historic Places in 1978 and has been out of official use since this time.

Armory Studios has leased the drill court portion of the Armory building to The Armory Events Center for the purpose creating a thriving community center for business, educational, sporting, religious, family, entertainment and other community uses and events. 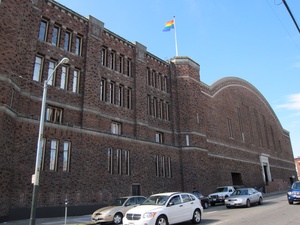 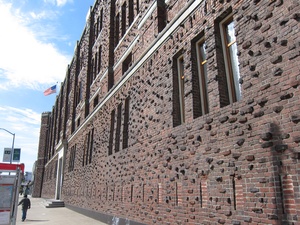 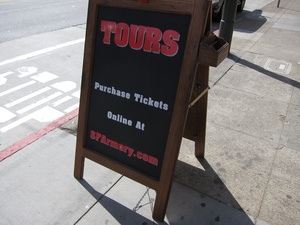