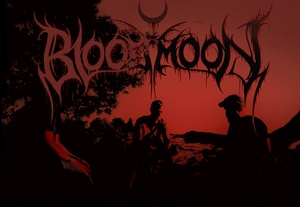 Gazing into the Void with combined effort since 2010, San Luis Obispo based Bloodmoon have been exploring the musical elements of Sludge, Doom, Stoner, Black and Death Metal with hefty doses of Psychedelia to give themselves a highly distinctive sound of their own.

Over the past 2 years, the band has released 2 albums, embarked upon two tours, and played countless shows all over California at any given point in between. Between shows, they are continually writing with the self-imparted directive of releasing new music every year while always experimenting with different ways to bring the heavy in their own way.

Currently they are planning the 12" Vinyl release of their latest album with Black Voodoo Records and Midnite Collective. This will be released later in 2014 followed by a tour of the West Coast and Pacific Northwest.

Keep up to date on upcoming shows here

Get in touch with them here