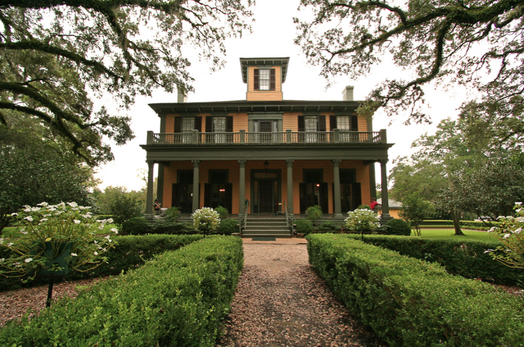 Its original owner, Peres Bonney Brokaw, ran a prosperous livery stable business downtown, served in city governmnet, the state legislature and the Confederate Cavalry. His daughter married Alexander McDougall, then a recent immigrant from Scotland. Members of the Brokaw and McDougall families lived in the house until it was sold to the State of Florida in 1973. At that time, the state made the house available for conferences, receptions, meeting space and special events. It also served as the headquarters of the Historic Tallahassee Preservation Board until May 1997.

In 1998 the City of Tallahassee leased the house from the State of Florida for $1 a year and began managing the property. It continued to be used as a popular conference and event site until the spring of 2012 when the State of Florida was to begin using the space for offices (for Division of Cultural Affairs). 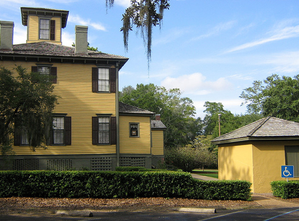 From the City of Tallahassee's website: "Architecturally, the house is an outstanding Classical Revival building with strong Italianate influences. The formal gardens were laid out in the early 1850's prior to the construction of the main house. They were restored as a Bicentennial project of the Florida Federation of Garden Clubs.'"

Both the home and the gardens were added to the U.S. National Register of Historic Places in 1972.