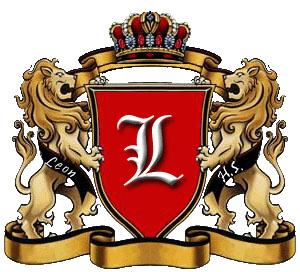 Leon High School is not only the oldest high school in Leon County, it's one of the oldest in the country.  First opening its doors in 1831 as Leon Academies and later as Leon County Graded and High School in 1903, the school existed at two previous locations (on Tennessee Street between Duval and Bronough and then at the site of the current LeRoy Collins Public Library) before finding its current home at the corner of Meridian and Tennessee Street at 550 East Tennessee Street.  The current building was built by Thomas Monk  in 1936 as a part of President Franklin D. Roosevelt's New Deal Works Projects Administration (WPA).  The project was controversial as it cost $500,000 and residents believed the location was too far out of town, too expensive and - with three floors - unnecessarily big.  Leon High School was added to the U.S. National Register of Historic Places in 1993.

In 2007, Leon celebrated 100 years of graduating classes.  The school has a strong history of family tradition with multiple generations having graduated from Leon. 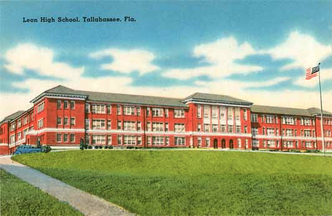 Leon High School Foundation was established in 1981 to provide "financial support, as well as materials and services to Leon High School for academic and educational aid."

In 2011 Leon received a grade of "B" overall in Florida statewide School Accountability Grades. 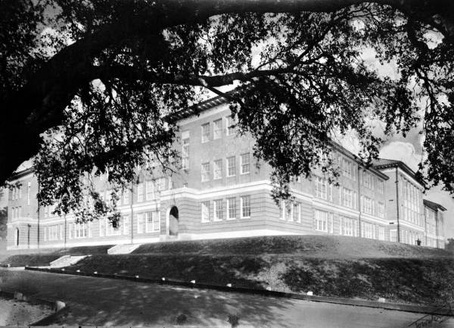