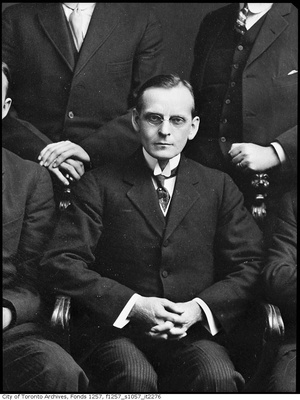 One of Canada's leading publishers, Joseph Atkinson was born in Clarke Township and, at eighteen, began his journalistic career with the Port Hope Times.

He subsequently moved to Toronto where he was employed first with The World and later The Globe.

Following a period with the Montreal Herald, Atkinson in 1899 became editor and manager of the Toronto Evening Star.

He changed the name to the Toronto Daily Star (1900) and published it until his death.

In 1910 he founded the Star Weekly, established radio station CFCA in 1922 and built The Toronto Star into Canada's largest daily newspaper with a stated policy of supporting the "little man".

He died in 1948 leaving most of his considerable wealth to The Atkinson Charitable Foundation.