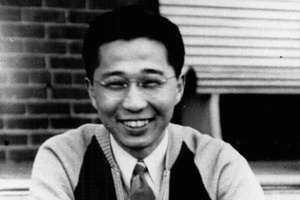 Following the attack on Pearl Harbor in 1941, the US government began to restrict the basic freedoms of Japanese Americans. The attack and events of the war sparked undue racism and bigotry towards those of Japanese descent. American officials believed those with connections to Japan (no matter how distant) ran the risk of espionage. On February 19, 1942, Executive Order 9066 was signed by President Franklin D. Roosevelt authorizing the mass forced removal and internment of all West Coast Japanese Americans, German Americans, and Italian Americans. Executive Order 9066 affected the lives about 117,000 people—the majority of whom were American citizens. Canada and Mexico followed the US and enacted their own orders, isolating and relocating those of Japanese descent. Those who were not relocated were met with extreme racism and resistance to their presence, despite often times being American citizens themselves. Two of the relocation centers in Arizona were built on indigenous territory, despite protest from the indigenous communities.

Gordon Hirabayashi was an American sociologist, best known for his resistance to the Japanese American internment during World War II.  Hirabayashi was a volunteer with American Friends Service Committee, assisting families with the relocation. Hirabayashi's parents and family were moved to the Pinedale assembly center, California and then later to Tule Lake Relocation Camp, California.

Rather than registering for relocation, Hirabayashi instead turned himself into the FBI with the express intent of challenging the constitutionality of the order through the due process of law. Gordon was charged with violating the curfew and exclusion orders. During the legal battle, Hirabayashi was supported by a defense fund headed by Mary Farquharson, lawyer for the University District of the ACLU, and law partners Arthur Barnett, John Geisness, and later Frank L. Walters. He was represented by Arthur Barnett, entering a plee of 'not guilty' on the basis that the exclusion laws, curfew, and executive order were unconstitutional and racially biased. After being sentenced, they repealed the ruling and the case was taken to the Supreme Court. There the case did not, as Gordon hoped, rule on the constitutionality of the situation, but rather focused entirely on his violation of the curfew. On June 21, 1943 the court unanimously ruled in Hirabayashi v. United States, (320 U.S. 81) and upheld the earlier conviction and ruled that the curfew order was justified by military necessity and allowable in a time of war. Hirabayashi was to serve his sentence at the Tucson Federal Prison in Arizona. Hirabayabshi was required to fund and find his own mode of transportation to the prison. Gordon proceeded to hitchhike all the way to Arizona, 1,600 miles, where he was admitted to the prison.

He was released in December 1943. In 1987 the case was reopened, and the previous conviction was cleared after evidence of government wrongdoing was provided. In May of 2012, after his death in January, Gordon was posthumously awarded the Presidential Medal of Freedom by President Barack Obama. 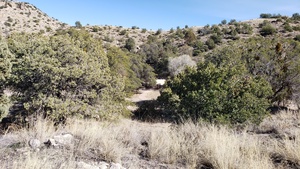 Top of the memorial

The Campground and Recreational Site 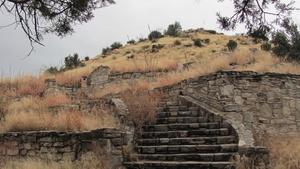 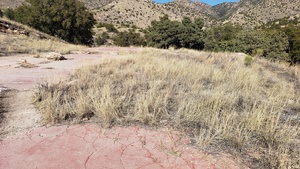 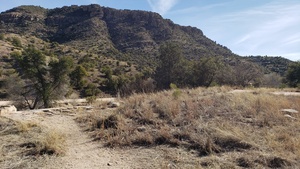 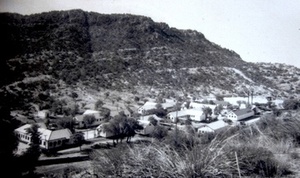 Prison camp prior to demolition

In 1999, the Coronado National Forest renamed the site of the old prison camp in honor of Dr. Hirabayashi and the other resisters of conscience who were imprisoned there. Dr. Hirabayashi and others attended the dedication ceremony. The campground that bears his name was a work camp for Japanese prisoners and conscientious objectors during World War II. The prisoners that were incarcerated there are responsible for the creation of the new road that is now used to access Mt Lemmon (Catalina Highway). Many of the prisoners had been transferred there from Amache Colorado- a concentration camp for Japanese Americans. It was not till 1988 that there was a public apology to the people that were removed from their homes during WWII. Draft resistors were pardoned in 1947, but the prison was not closed until the completion of the highway in 1951.  The Prison Camp consisted of four prisoner barracks, a mess hall, laundry facilities, power and storage facilities, a garage, a vocational shop, one classroom, an administration building, fifteen cottages for prison staff, and water and sewage systems. There is not much left from the work camp but the foundation for some buildings. After being converted to a rehabilitation center and then later shut down in the 70s, the buildings were destroyed in 1973. Today there is a memorial at the ruins of the work camp and a camp ground nearby that connects to the trail that explores the Coronado National Park.

The camp ground is only open some of the year due to flash floods and forest fire concerns. To find out if the camp ground is open follow the link; https://www.fs.usda.gov/recarea/coronado/recarea/?recid=25648 .However, the memorial is open all year long. There is no fee to see the memorial and only a fee for camping over night. This is considered to be a dry camp ground with no hook up for power, water, or sewer. Reservations can be made in advance by contacting the forest service Coronado National Park. Pets are allowed with restriction. Horse tails are closed to general pack animals until further notice. When visiting the memorial and campground, visitors are advised to bring water and protein given that the site is located at the base of the mountain and temperatures can get very high in the summer time.

Fees for camping:
Single Site $20.00 per day/night per vehicle.
Group Site $50 + $10 per vehicle per day/night.
Limited free parking for day use.
How to pay;
All fees are payable by cash, check, or money order at the time you occupy the site. Make check or money order payable to "USDA Forest Service." Coronado Recreation Fee Program passes are not required if vehicles remain in the campground.

Limits:
Limit of 2 vehicles and 10 persons per site.
Campers must occupy site for the first 24 hours. 14-day stay limit per year.
Pets must be leashed and accompanied by human at all times. Other rules regarding dogs follow the link; https://www.fs.usda.gov/detailfull/coronado/recreation/?cid=stelprdb5125209&width=full
Pack animals are not allowed for the time being.
22 foot camper maximum