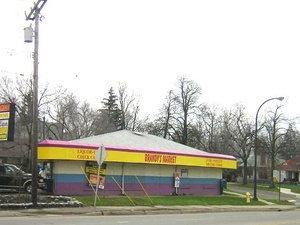 Brandy's, a family-owned liquor/convenience store at the corner of Michigan Avenue and Summit Street, was shut down in August 2011 for various liquor control violations, and general public nuisance complaints, including receiving stolen goods.

In August 2012, the Michigan Liquor Control Commission ruled that the owners could not renew their liquor license, nor could it be transferred to any family member or other party related to the current owners.

Owners of Brandy’s Liquor store and the City of Ypsilanti have resolved a nuisance lawsuit and the store will remain open. Judge Timothy Connors signed the Consent Order on Thursday.