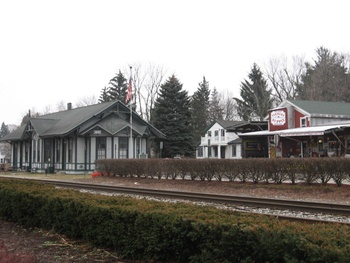 Chelsea Depot with the feed store next to it.

The current depot in downtown Chelsea was constructed in 1880. The depot was in active use for a century, before Amtrak ceased service to Chelsea in 1981. In 1985, area residents formed the Chelsea Depot Association to rehabilitate the building.

The previous depot was destroyed by vandals, who ran a cable around it and attached the cable to a departing train (when?) 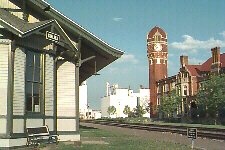