According to Michigan state business records, Harold W. Stark formed Electro Arc Manufacturing company in Detroit Michigan in May of 1947.  His involvement in the technological breakthrough on the American team that led to the development of EDM, specifically Die Sinker EDM is mentioned in Elman C. Jameson's book 'Electrical Discharge Machining' published in 2001.  Stark's involvement in this research afforded his team the opportunity to patent the technology which would he used in the  development his metal disintegration machines.  Electro Arc's AC metal disintegrator patent was approved January 30, 1951 and included the technology used to automate the electrode the electronic-circuit servo system.  Early Electro Arc promotions announce the new patent, Electro Arc's acquisition of Syncrocut Service Co, and their disintegrator drill patent.  The company's success was so overwhelming, they opened a separate sales company to keep up with demand for these new machines.  Over 100 Metal disintegrators were sold to Ford Motor Company in the lifetime of Electro Arc, and Model 2-SB was specially designed to be used on submarines, specifically for use by the US Navy. 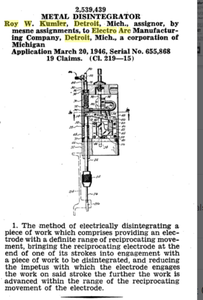 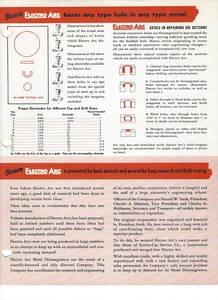 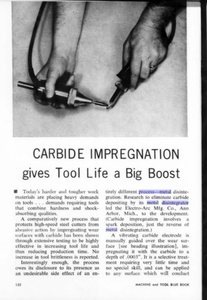 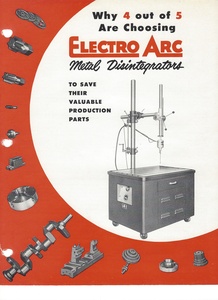 <div style="text-align: center;"> The creation of the machine now known as the Electro Arc Metal disintegrator is mentioned in the Electrical Discharge machining wiki. </div>

As mentioned in several newspaper articles, Harold W. Stark purchased Harry Bennett’s ‘Castle’ located on Geddes road in Ann Arbor Michigan in May 1947. A publication by Washtenaw County Historical society’s Impressions from March of 2000 states that Harry Bennett invited Harold Stark and his family to the castle to discuss purchase of the property and gave his son Harold Stark, his horse. It also mentions that In 1949 Harold Stark acquired the island across the river where he moved Electro Arc operations.   Current and former Electro Arc employees have shared stories of life at the Castle and operation of Electro Arc on the Island.  At that time, it was a sprawling property of 168 acres which has since been divided into smaller parcels.  Harold W. Stark's son, Harold Stark took over Electro Arc when his father passed away in his 50's.  The company continued to operate at 5260 Geddes road in Ann Arbor until July 1970.  Electro Arc operations moved to 161 Enterprise drive in Ann Arbor where it would remain until the company was sold to Keith Stillion in July 2019.  At that time, Harold Stark retired and Electro Arc is now aStillion Industries company.    Stillion Industries machines 60% of the components for Electro Arc Metal disintegrators and 98% of the components for Ames Portable Hardness Testers.  Electro Arc is celebrating 75 years as a local Michigan Manufacturer May 27, 2022.

In 1998 Electro Arc published their first website, operating with the Metal-disintegrators.com domain between 2004 and 2006.  Since then, the website has expanded to offer Metal disintegration accessories for sale online. 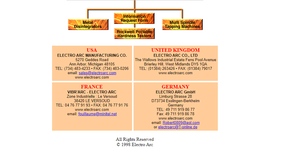 Electro Arc was featured in the ASTME Chicago Expo in 1967 and continued to attend for years to come. 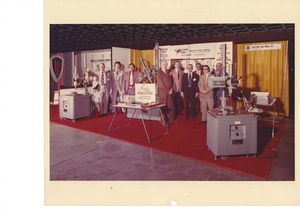 In July 1971 The Electro Arc F-5 carbide impregnator was mentioned in an article in Machinery called Carbide impregnation - Stepchild process with tremendous potential.  Also in 1971,

On May 15, 1995 in a press release Electro Arc manufacturing announced an upgrade to their metal disintegrator line ‘best equipped metal disintegrator’;  The Model HK-10QT was based on years of building custom machines for clients with large and heavy component work, providing features to handle the most demanding requirements with ease.  The press release states that Caterpillar USA owns two of these monster machines and are impressed with their performance and ease of use. 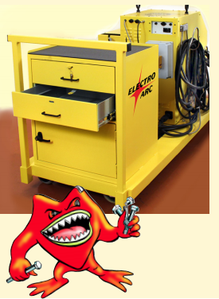 In 2019 Harold Stark changed the company name to EA Manufacturing Co before selling the company to Keith Stillion in 2019 where the Electro Arc product line continues to be produced.