When it rains hard, some basements, streets, low lying areas, creeks, and rivers flood; and when it rains really hard, raw sewage flows into the Huron River.

A map of catch basins shows you where you might go to unclog a storm drain.

A set of rain gauges maintained by the City of Ann Arbor shows where and when the rain fell.

After a prolonged cold snap, a rainstorm that also brought thundersnow dropped about an inch of slush on the area. This combined with snowmelt from the record heavy snows led to enormous puddles all over town. 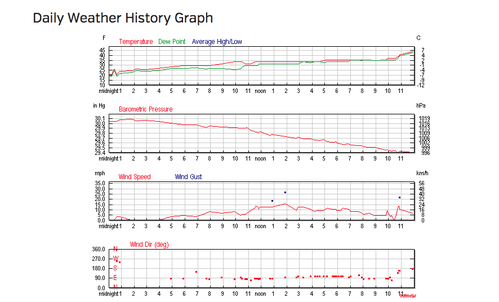 Over two inches of rain fell in less than an hour, flooding Ann Arbor streets and causing 10,000 gallons of untreated sewage to flow into the Huron River.

Six months after her basement flooded during a major storm that rocked the Ann Arbor area,Ellen Fisher still blames the city for the nearly $25,000 in damages she incurred.

The Fosters live on Mershon Drive near Delaware Drive in the general vicinity of what's commonly known as the Lansdowne neighborhood. A neighbor a few houses down captured some of the experience from the March 15 storm on video, showing a 64-gallon city trash bin flowing down a water-filled street. Foster said his family's home is visible in the far right corner at the end of the video.

Six roads were barricaded in connection with the storm, Powers said. High-priority roads were chosen for those barricades. There’d been six reports of basements flooding and two property owners had accepted the city’s offer of assistance for catastrophic cleanup. Compared to surrounding communities, Ann Arbor was very fortunate, he said. 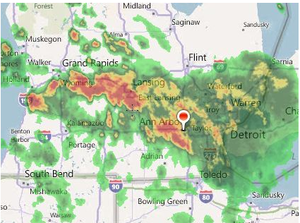 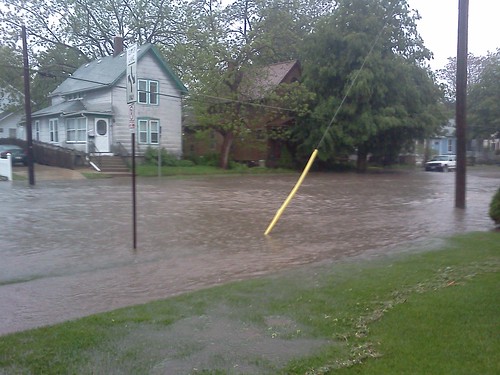