Hazen Schumacher was a radio broadcaster who hosted the popular "Jazz Revisited" show on NPR and Michigan Radio (WUOM) for 30 years. He died on July 18, 2015. 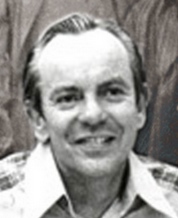 "Jazz Revisited" aired from 1967 until 1997. It was picked up by NPR in 1971. The half-hour show eventually played on more than 200 affiliates around the country, presenting jazz music from 1917 to 1947 from a large collection of records, with commentary by Schumacher. When he retired in 1997, Schumacher did not want to split up his collection, and the University of Michigan did not want to keep it. The entire collection – more than 50,000 records and 1,560 master tapes of the show – is now housed at the Jazz Museum Bix Eiben in Hamburg, Germany.

In addition to hosting "Jazz Revisited," Schumacher served a director of broadcasting and media resources at the University of Michigan, and director of the UM department of communication's master's program in telecommunications. He also taught a popular course on jazz history. He was a long-time member of the Southeastern Michigan Jazz Association (SEMJA), serving as its first vice president.

In the Ann Arbor community, Schumacher was elected twice to the Ann Arbor Public Schools board of education, serving from 1963 to 1969. He was also a member of the Ann Arbor Summer Festival board of directors. 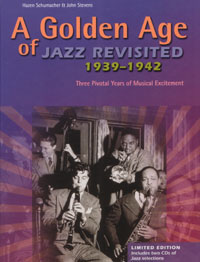 Cover of "A Golden Age of Jazz Revisited"

In 2015, the Southeastern Michigan Jazz Association’s (SEMJA) awarded Schumacher with the 2015 Ron Brooks Award, named for the organization’s founder. The award was given to Schumacher for his service to the jazz community. The award ceremony was to be held on July 26, 2015 at the Kerrytown Concert House in Ann Arbor,

Previous awards include the 1988 Professional Pioneer Award, given by the Michigan Association of Broadcasters.

Schumacher and his wife Rusty lived in Ann Arbor's Lakewood subdivision. They had four children.

In 1996 a new director took over WUOM and banished all cultural and arts programming. Schumacher retired from the university, and the show was gone. To the eternal shame of both WUOM and the University of Michigan, the unique record library of the show, much of it donated by U-M alumni, needed a new home. The collection was taken over by the Jazz Museum Bix Eiben Hamburg. Over 60,000 pieces of Americana were packed and shipped to Germany, where they are now in loving hands.