Located on the corner of Division Street and Liberty Street in downtown Ann Arbor, Liberty Plaza is paved yet pretty, with several colors of slate and concrete and a few different ground levels. Scattered trees add greenery in the summer, space for holiday lights in the winter. There are often free musical shows in the summer called Sonic Lunch in the plaza. 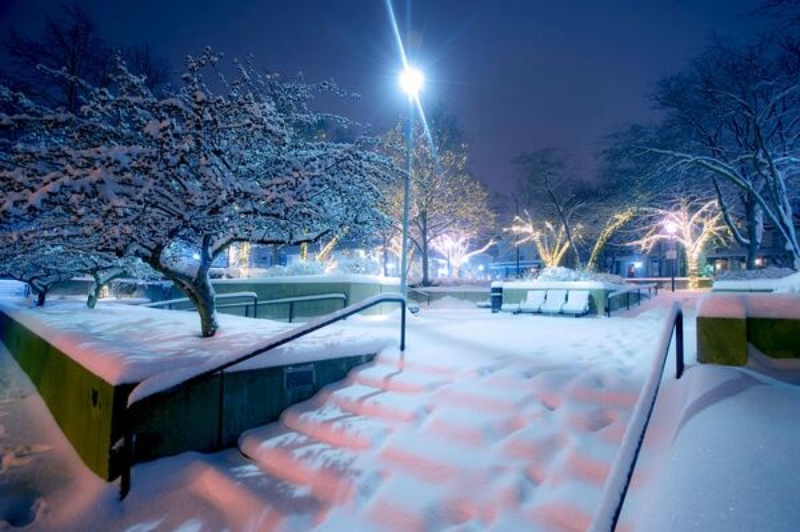 Liberty Plaza at night during a 2010 snowstorm. Photo: Mark Bialek. Used with permission. 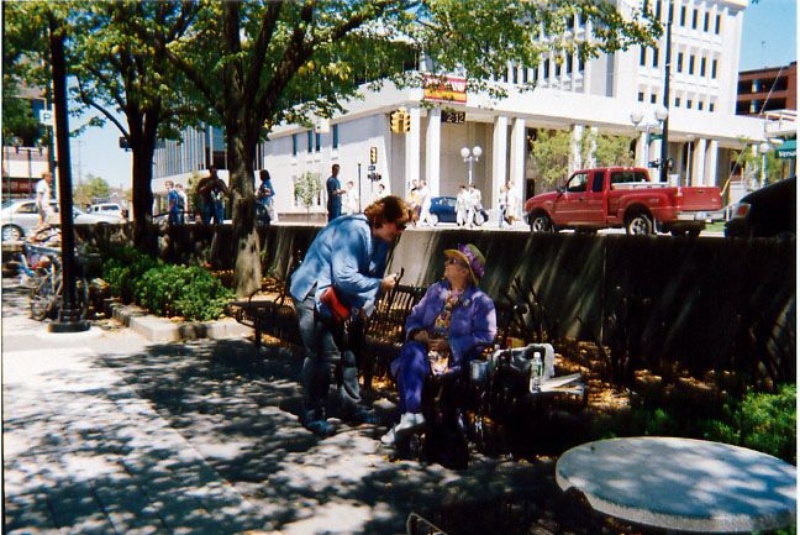 A view from Liberty Plaza

Liberty Plaza provided a shortcut into the Ann Arbor District Library main branch parking lot until the construction on the Library Lot turned that shortcut into a deep, deep hole. A few years ago, it was known as a hang-out for homeless people, but word has it the city has worked to "clean the place up. 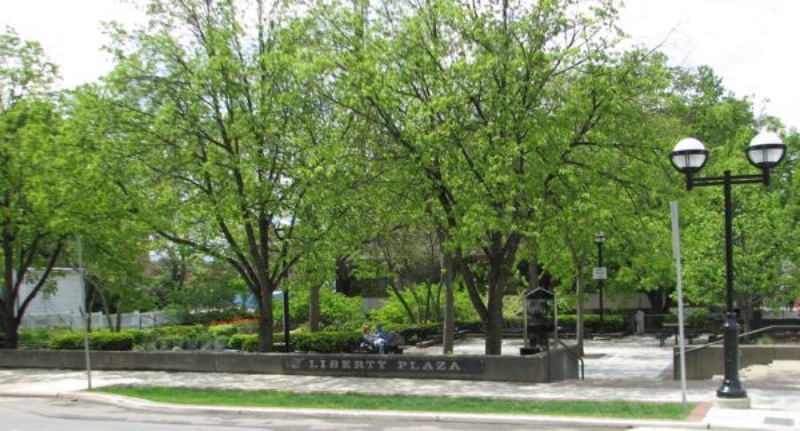