Radical Washtenaw (RAW) is a group that formed in November 2014 following the death of Aura Rosser, a black woman who was killed by an Ann Arbor police officer during a domestic disturbance. 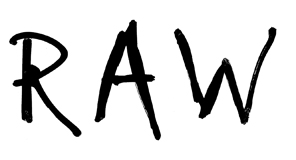 Its website – http://radicalwashtenaw.org – describes the group as a collective of artists and activists that aims to "aid in the struggle against the increasing economic segregation in this county; to offer love and protection to the downtrodden; to be in the streets; to post art, sounds, and writing by ourselves as well as by anyone who moves this movement; to expose abuse when we learn of it; and to erode white ignorance about Black Life and its many plights."

In addition to RAW's website, the group has published a print copy of "People's Retort to the Prosecutor's Report," which rebuts the Washtenaw County prosecuting attorney's assessment of the circumstances surrounding Aura Rosser's death. The publication was available at local businesses, including the El Harissa restaurant.