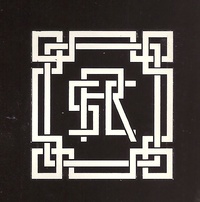 The Scott Richard Case (SRC) was an influential rock band formed in late 1960’s in Ann Arbor. They gained considerable notice and ended up making three albums as well as multiple single 45 RPM records. The Quackenbush brothers, Glenn Quackenbush on organ and Gary Quackenbush on guitar, and drummer E.G. Clawson had formerly been in a band called the Fugitives. Scott Richardson, the band's vocalist, had formerly been with the Chosen Few. Together with Robin Dale and Steve Lyman, they formed a new group heavily influenced by influential British bands of that era. Originally managed by Jeep Holland (of the local A-Square Records label), the band was later managed by Peter Andrews. Al Wilmot (from the band called The Thyme) ultimately joined the SRC to replace bass player Robin Dale. Ray Goodman replaced Gary on guitar for the last album, but Gary came back to the band after the album was released. Gary Quackenbush still resides in the Ann Arbor area and gives guitar lessons.

This web link has a description of the early years of the band from Creem Magazine in 1970.