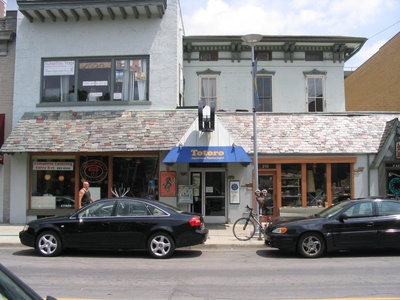 The entrance to Totoro.

Totoro is a Japanese restaurant on State between Liberty and Washington. Has a range of traditional and not-so-traditional dishes and sushi, moderately priced. The name is a reference to a well-known anime film.

The space previously hosted Hinodae, and before that was Donburi.

Totoro is the best sushi bang for the buck in the campus/downtown area of Ann Arbor, without question.