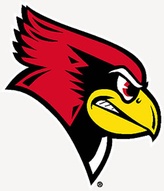 Illinois State University is a public university founded in 1857, which has over 20,000 students. ISU has many great classes to pursue your major. They are mostly known for training teachers, having previously been called the Illinois State Normal University. 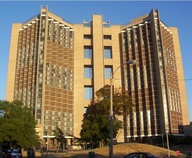 Illinois State University is one of the 12 public universities in illinois. It was originally established as a teacher education institution, but now is a multipurpose university with programs for bachelor's, master's, and doctoral levels.

Illinois State University offers a wide variety of undergraduate academic programs. There are currently 150 different programs you can choose from the 6 different academic colleges. You can find more detailed information at the majors website:http://illinoisstate.edu/majors/ [History]

Illinois State University has a really strong program for students wanting to pursue a career in teaching Special Education students. The best thing about it is, if you are interested in this program, they will pay for your college tuition because there is such a need for Special Education teachers. The program at ISU focuses on learning how to diagnose kids with learning disabilities, developing individual education plans, teaching and supervising special education students, special education counseling, and current laws and policies.

The Illinois State University College of Business has considerable prestige among the business community. They are ranked within the top 100 schools nationally by Forbes Magazine and the Accounting and Insurance Majors are ranked in the top 5. The College of Business is located inside the State Farm Hall of Business. It is a new state of the art building on the southwest side of the quad next to the new recreation building.

Illinois State University also offers a well known program for Accounting Majors. It is combined B.S and M.P.A. This program is ideal for students interested in a plan of study designed to integrate accounting technology, information systems, and eligibility to sit for the CPA examination. It takes 5 years to complete this program.In 2002, first-time candidates from Illinois State sitting for the Uniform CPA examination achieved the second-highest pass rate in the country. In 2005, CPA exam results rank Illinois State as one of two programs achieving the highest success rate in Illinois.

The school of communications has won lots of awards and has a storied program, that is nearly as old as the university itself. This school also houses the school radio station and television network 103.3 WZND, and TV 10. these are great places for the students to learn what really goes into a radio/ Television production

The Redbird athletics program has been around for over a decade. The school began to affiliate itself with the Missouri Valley Conference that is currently resides in during the 1981-82 season. Prior to the 81-82 season, the Redbirds were located in the Illinois intercollegiate athletic conference. In 23 years the 19 intercollegiate sports teams that ISU provides, has won a combined total of 125 league titles.

The Redbird Arena is home to both men's and women's basketball, along with the women's volleyball team. The arena seats 10,500 people and host other entertainment events like concerts, outdoor shows, and craft shows.

Currently there are 4 sets of dorms around campus, most of which have been or currently being renovated. Each residence hall has a Subway located inside the hall.

Better known as Tri-Towers, located next to Redbird Arena and Handcock Stadium. Consist of three halls: Wilkins Hall, Haynie Hall, and Wright Hall. All of the halls have been recently renovated in the past 5 years.

Haynie Hall is named after Martha D.L. Haynie. She was the first female professor at Illinois State University and a counselor for women during the years of 1866-1886. Some research also shows that she was the Assistant Principal for the University High School in 1866 and remained in that title for ten years. Haynie hall was opened in 1964. She taught French, English and rhetoric and composition. She is most noted for her vigorous and persistent characteristics. The books, Syntax and Analysis and Etymology, are both written by Martha Haynie as a reflection on her experiences as a teacher.

Wright Hall is named after Simeon Wright, one of the founders for Illinois State University and also know for helping to establish some free schools. His common nick name known by the students is "Uncle Sim". He lobbied for the Normal University bill, which the name has been changed to what we now know as Illinois State University. The same as Haynie Hall, Wright hall was opened in 1964. Within the same year that the school was founded Wright was also serving as the President of the IEA (Illinois Education Association).

Wilkins Hall is named after Daniel Wilkins. Like the other two, Wilkins hall was opened in 1964. He was a Bloomington resident who also aided in the founding of Illinois State University. He was very active in figuring new ways to improve the education in Illinois. He was also served as a member of the first Illinois Board of Education.

Consists of Hewett Hall and Manchester Hall; located close to Milner library and the Bone Student Center. Manchester is the only residence hall that remains open during university breaks during the school year. The Vrooman Center is located in the middle of the two halls. The Julia N. Visor Academic Center located in the Vrooman Center and provides tutoring in many general education. Students must walk over to the Watterson food court to eat.

One of the worlds tallest residence halls, a 28 story twin-tower, designed in suites. Watterson has its own food court and a subway in the lobby. The elevators only travels every three floors. This is due to the suites style, there are ten suites with five in each side of the complex.

This facility is 170,00 square feet, finished in 2010 costing nearly $50 million. The building has a weight training space, swimming pool, climbing wall, indoor track, and multiple courts. Jamba Juice is in the lobby of the Fitness Center. The fitness center is open Monday through Friday 5:30am-7:00pm and Saturday and Sunday from Noon-3:00pm. Besides classes and personal training, students can also take advantage of the swimming pool with both a lap area and a leisure area, and 47 foot climbing wall. Fee-paying students are automatically members of the fitness center and paid memberships are available for graduates, faculty, and staff. Made available at the entrance are volleyballs, basketballs, and towels to rent. There are 5 locker rooms members can use for free within the fitness center. The two traditional wood floor courts can be used for badminton, volleyball, and basketball and the multipurpose court is ideal for indoor soccer and floor hockey.

Milner is in the center of the university and is a six-level building with nearly 3 million books to offer located next to the Bone Student Center. Milner Library was named after the University's first librarian, Ange V. Milner. The library was opened in 1890. Having previously been located in five different locations, it moved to its current location in 1976. There are 1,610,271 print volumes, along with electronic journal titles, multimedia titles, and print journal titles. Each of the five public floors are dedicated to a separate area of study. The main floor is home to general resources, reference, check-out, and return stations. Floors three and four are for social sciences. Floor five is the silent floor containing pure and applied science materials. Floor six is for media, education, and humanities. During the fall and spring semesters, the library's regular hours are from 7am-3am.