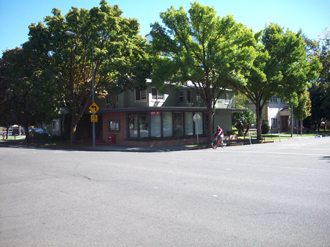 The Chico News & Review (CN&R) is a local weekly newspaper that has been published for over 30 years. It has two sister papers: The Sacramento News & Review (SN&R) and the Reno News & Review (RN&R), the three owned by a married couple. It is the one local media outlet that keeps readers up to date on local events. When asked why they read the publication, readers will reply, to figure out what's going on. In addition to a calendar of upcoming events, the CN&R offers reviews, a place to find local investigative journalism and a comprehensive mix of information about the arts. There is an annual event for the Best of Chico awards, in which readers vote for their favorites in various categories including restaurants, bands, and various businesses.

The paper's former editor is Evan Tuchinsky, who created controversy when he was appointed editor in 2006, due to him not being from Chico and from his perceived move to make the CN&R less liberal. The current editor is Robert Speer, whose long history with the paper began when he co-founded it in 1977.

The CN&R has won more than 50 awards in the California Newspaper Publisher Association's Better Newspapers Contest, including three acknowledgements for general excellence among large weeklies in the state.

Perhaps one of the most important events celebrating the music scene of Chico is CN&R's annual Chico Area Music Awards (CAMMIES). Bands new and old are nominated in several categories and compete for top spot. In 2008, more than 60 bands were nominated including The Yule Logs, Candy Apple, and Aubrey Debauchery and the Puke Boots.