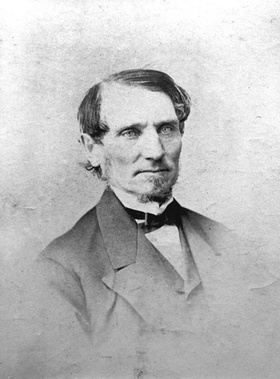 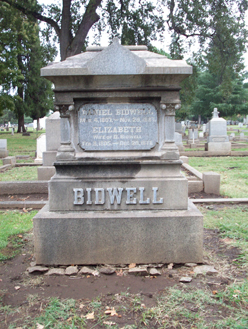 Daniel Bidwell (b. March 7, 1807, New York, d. November 29, 1887) was a son of Abraham Bidwell and Abigail Benedict and a half-brother of General John Bidwell. He was an inn keeper in Vermont, and was a farmer in Chico. He is buried in the Chico Cemetery.

In 1854, Daniel Bidwell left his family in Vermont and came to California at the solicitation of his brother. He traveled via Panama to Chico. Two years later his wife and four children also came out, while two of their children had already come to California.

Bidwell located on a ranch next to the Sandy Gulch, and improved the land substantially. He named the ranch which is now located on the Esplanade, Five Oaks, on account of five big oak trees standing in the yard.

Today the Roy Miller mansion sits on the site of the former Dan Bidwell mansion.2