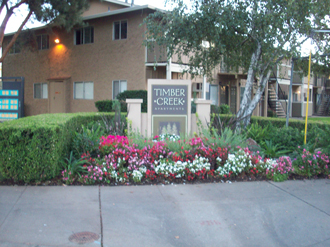 Timber Creek Apartments (more popularly called The Zoo, formerly Jefferson on 5th Street, and Sierra West) offers 4 bedroom apartments. The complex does allow pets with an extra $300 deposit and $10 pet rent. It has had a colorful history of chaotic parties. It has undergone several name and management changes in what has probably been an attempt to rebuild its reputation. It was last Jefferson at 5th Street (up to 2007), and before that, Sierra West Apartments (up to 2004), and "5th Street Manor" (early to mid 80's).

These apartments have the nickname "The Zoo" because historically when the circus would come to town they would set up on the vacant lot called Hahn Field that previously occupied the property. The current exhibit at the Chico Museum has a circus poster which supports the claim. While the central drive of the complex is officially designated Hahn Lane, it has commonly been "Circus" Lane which USPS generally honored as a legitimate street. 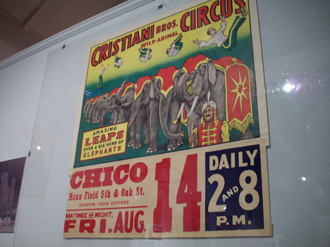 The location is "Hann Field", at Fifth and Oak. Photo courtesy of the Chico Museum and the Grace and Arrel Allread Circus Collection