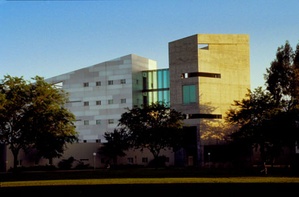 The Hemispheric Institute on the Americas or HIA, is an interdisciplinary group of faculty and graduate students at the University of California at Davis that focuses on transnational processes in the American hemisphere. Our project brings together people and promotes research to challenge the boundaries of disciplinary specialization and culture area studies. HIA explores the connections throughout the social, cultural, and economic landscape of the Western Hemisphere from an array of perspectives across multiple academic units, to redirect and redefine the study of Latin America from a broadly hemispheric viewpoint. Their website has information about the organization, film series and an archive of past events promoted by HIA.

The premise of HIA is to move beyond both the national security and elite culture paradigms that have served as the foundation for area studies in the past. While retaining an interdisciplinary understanding of Latin America as an autonomous region with its own internal diversities, HIA focuses on the growing importance of such transnational themes as hemispheric flows of people, capital, consumer goods, images, and ideas. We bring Latin American studies into dialogue with theoretical and empirical work that 1) emphasizes cultural difference, 2) focuses attention on racial/ethnic and gender issues, and 3) highlights both the cultural face and the new social realities of political and economic disparities. HIA seeks to emphasize the voices of those who question and challenge the nation-state and the dominant cultural order from within, and of transnational forces of change that pose a parallel challenge from without. HIA's faculty affiliates are in the UCD Departments and Programs of Anthropology, History, Sociology, Spanish, Native American Studies, Political Science, Chicana/o Studies, African and African American Studies, Human and Community Development, Economics, Agricultural and Resource Economics, Environmental Science and Policy, Nutrition, and others."

They are located in the 5th floor of the Social Sciences and Humanities Building.

Not to be confused with the School of the Americas.