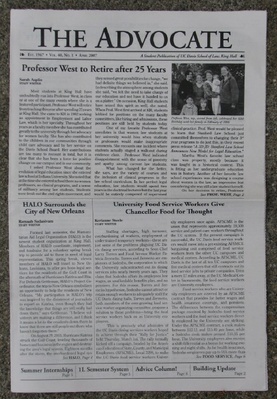 The newspaper published by the law students of UC Davis. Has existed since 1967, although it was called the Barrister for its first few years of existence. It is available at the North Entrance of King Hall.

Like the California Aggie, it is printed in broadsheet format and employs The Davis Enterprise as its publisher.