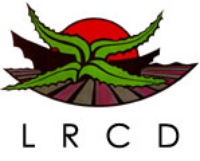 La Raza Cultural Days (LRCD) is one of the Culture Days put on my the Cross Cultural Center.

La Raza Cultural Days is designed to educate the campus and community about the social, cultural and political issues facing the Chicano/Latino community, while celebrating the traditions and contributions of Chicano and Latino cultures. It is an important vehicle for educating the campus and general public about the diverse cultural elements that comprise and contribute to our society. LRCD allows Chicano and Latino students to share their culture with the broader community while enhancing their own sense of identity and sense of belonging on campus. Through the process of planning programs and activities, students develop an appreciation of the strengths and differences in their own diverse community. They confront issues facing their community, rededicate themselves to reaching out to the community in general and youth in particular, and build a sense of unity and support.

The goals of La Raza Cultural Days are to promote ethnic pride, to increase the public's knowledge and awareness, to promote cross-cultural communication and build alliances, to address issues facing the community, to provide service to the community and to encourage students' personal growth. 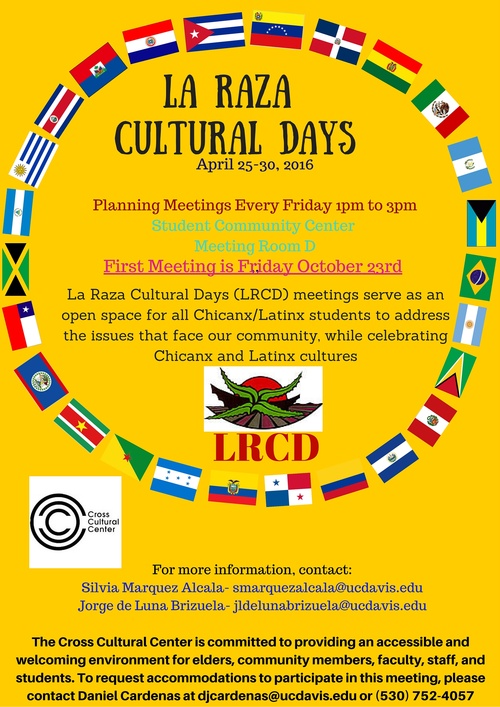 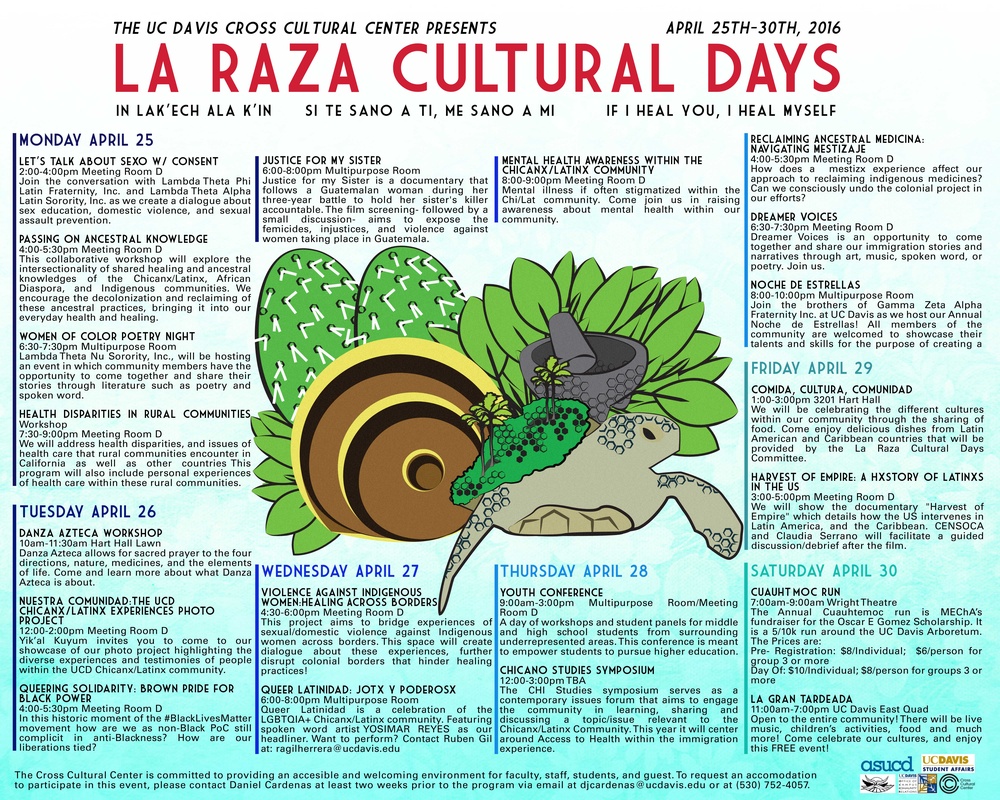 2005-04-15 17:12:51   a few things. 1) don't be afraid to use your real name, it gives you more crediblity. 2) remember to preview before saving. saving repeatedley ties up the server with unnessary backup versions of the page. 3) events usually go on the events board. be sure to add your event there. —ArlenAbraham

2005-04-24 21:05:58   Thanks for the suggestions. Since this is a page representing the committee organizing this event I wanted to keep it general and easy to find among the pages by the name of the event. I've also added it to the events page. —LaRazaCulturalDays

2005-04-24 22:22:06   Might I suggest having this as a general page for the La Raza Culture Days? It's important that we have such a page anyways and this seems like a start. It'd rename the page and add spaces to it. Then I'd rename myself and start editing that page. Past history and a little synopsis of the event would be good. So would pictures and a review of this year's event once it happens. Check out the Whole Earth Festival page as an example. —JackHaskel

2005-04-25 16:28:28   La Raza Cultural Days is actually a whole week long. During this week we have various programs relating to the latino culture and community. However, la gran tardeada is the culmination of the week long celebration and is the most family friendly. This page was meant to advertise the tardeada because it is the highlight of the week because it has so many features. As for elaborating on the page that sounds like a great idea and i'll work on it. —LaRazaCulturalDays

2005-04-25 16:31:41   Oh...I'm kind of new at this so i had a question. Can I rename the page without having to make a new one? And how can i rename myself so people know I'm editing the page but don't think that I am not the sole organizer of this event? —LaRazaCulturalDays

2005-04-25 17:38:07   rename the page by going to edit, then rename (there's a button below and to the left of the editing box). to rename yourself, just log out and create a new user account using your real name. —ArlenAbraham

2008-01-31 17:14:18   Why do "Native Americans" and "Latinos" each have their own separate set of cultural days? The vast majority of so-called "Latinos" are predominantly of "Native American" descent. They are just as much of "Indians" as the Natives of the U.S. The only big difference between the two is that one group was conquered by the Anglos, the other by the Spaniards. Excluding White and Black Latinos, "Latinos" and "Native Americans" are one people, so shouldn't they just combine both cultural days into one big event? It could possibly be called "Indigenous American Cultural Days". Let the White Latinos (i.e. Cubans, Argentines, Spaniards) have there own set of festivities. Also, this year better have more events that focus on Indigenous culture. It would be a shame if this years Latino Cultural Days didn't focus on "Indians" when so many Latinos (especially Xicanos!) are overhwhelmingly of "Indian" descent. —Maitl