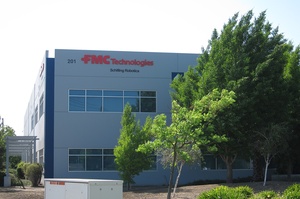 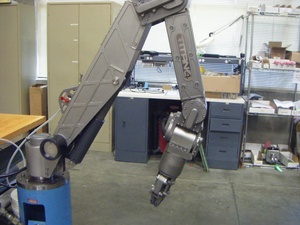 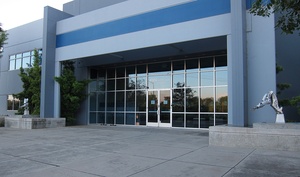 Schilling Robotics was founded by former Sacramento City College student Tyler Schilling and by Wes Gerriets. The company makes mechanical arms as well as remotely operated (unmanned) submersible vehicles. Schilling started building the company in 1985; before that, the avid scuba diver had done a couple of semesters at Sacramento City College, a yearlong stint with an auto racing team and about a year working for an oceanographic equipment company in San Diego. In 1992, the company was sold to French conglomerate, Alstom, who sold it back to Schilling in late 2002 after one of it's early remotely operated submersibles was used to lift and tow the Japanese trawler Ehime Maru, sunk by a surfacing US nuclear submarine. It is now owned by FMC Technologies

Today, much of Schilling Robotics' business comes from offshore oil drilling and exploration. The company's deep-sea robotic manipulators are industry standard, capturing 75%-80% percent of the market - their titanium arms can withstand the crushing pressure of the sea at 6,500 meters, 20,000 feet deeper than professional divers can go. The robotic manipulators can do fine movements, such as picking up a seashell, as well as lift as much as 1000 pounds and grasp with 1,000 pounds of pressure. Schilling manipulators range from $30,000 to $150,000. The Woods Hole Oceanographic Institution has a remote submersible with two arms, but only one is a Schilling, due in part to the high cost and specialized functions of each manipulator. Schilling also does terrestrial projects for scientific, military, and nuclear applications.

Schilling's headquarters and main facility in Davis was built to specifications: the facility emphasizes space for operations in design, manufacturing, assembly, inspection, testing, training, and customer service. They are have a complete staff of mechanical, electrical, software, manufacturing, and systems engineers specializing in the design, development, manufacture, and field service of remotely operated systems. The manufacturing facility in includes a state-of-the-art machine shop with computer-controlled EDM and milling machines, along with manually controlled equipment for milling, welding, grinding, bead-blasting, and chemical etching. Testing facilities include electronics and hydraulics laboratories, above-ground test tanks, and an in-ground equipment test tank for hydrotesting underwater equipment. The hydraulic test laboratory is equipped to perform static tests on components at pressures up to 1,360 bar (20,000 psi). The lab can also test subsystems and components to characterize pressure and system flow, repeatability, hysteresis, output force, friction, and drift. The electronics laboratory is fully equipped to facilitate designing, prototyping, debugging, and producing digital, analog, and fiber optic devices, with associated control software. High-voltage power facilities allow testing of devices that use up to 3.3kVAC, 3-phase, 50/60 Hz power. Pretty cool, huh!?!