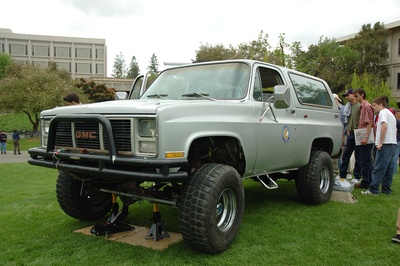 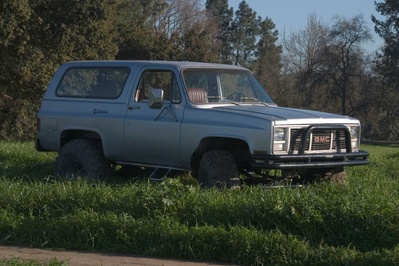 BESSIE in a field.

Team Aggie Spirit is a group of dedicated engineering, science and business students competing in the DARPA Grand Challenge. The Grand Challenge is to design a vehicle capable of traversing up to 175 miles through rough desert terrain in under 10 hours entirely autonomously. DARPA gives only a series of GPS points, speed limits and outer boundaries 2 hours before the race. It is the responsibility of the team to design a vehicle capable of navigating between these points without driving itself off a cliff, getting scared of a bush or any of a thousand other potential problems.