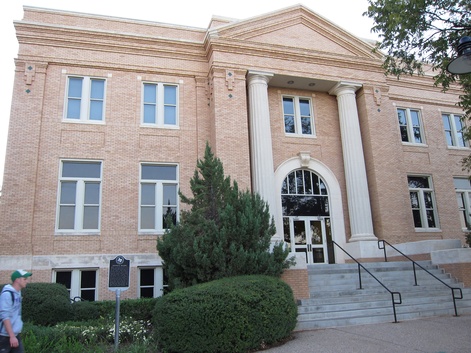 From the plaque outside Curry Hall:

Built in 1912-13 to serve as a library and gymnasium, this is the oldest remaining building on the North Texas campus.  It became known as the Historical Building in 1925, when History Professor Joseph Lyman Kingsbury (1880-1949) began a museum that was housed here until 1986.  The institution's eclectic collection included published works and artifacts from around the world.  Upon the museum's closing the collection was distributed to other institutions in Denton.  The building also has housed academic offices, classrooms, and the college radio station. (text written 1994) 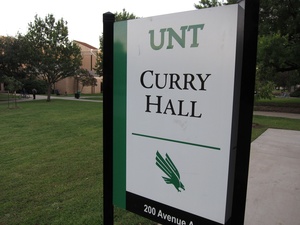 Contrary to popular belief, there is no curry in Curry Hall. It also smells notably awful in there.