The monument is an arch, originally with a small fountain at each its legs. At the apex of the arch, a confederate soldier stands watch, holding a rifle.

Over the last several decades, there have been numerous attempts have the memorial removed on the viewpoint that it represents or condones racism. To offset this viewpoint, Denton County added a plaque nearby in 2010 denoting, "...God created all men equal with certain inalienable rights." The debate of if this memorial represents racism continues to this day, with a recent decision in 2018 by a special commission convened to decide the fate of the monument voting to leave it in place and add additional education materials about the evils of slavery.

The Denton Confederate Statue has been removed.

--Texas Confederate Veterans article on the Confederate Soldier Statue Monument.  The article has links to more photos and related articles. 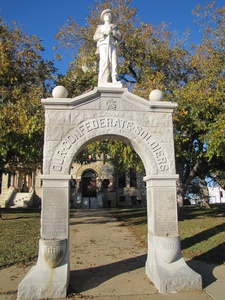 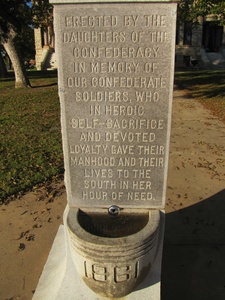 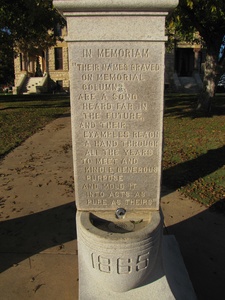 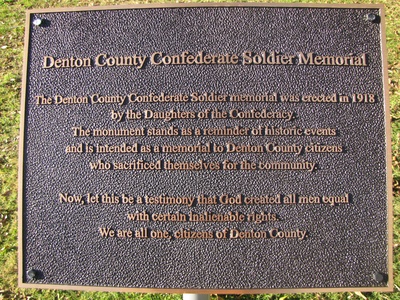