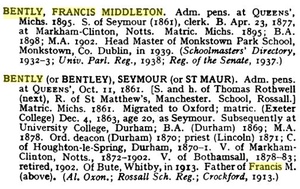 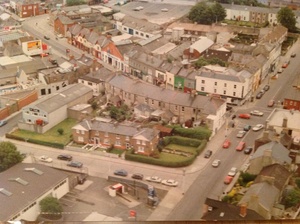 Bentley Villas is a mainly residential street which runs eastward from Clarence St towards George's Place.

When Bentley Villas was built in 1924, the development involved a re-configuration of the streets and lanes in the area.  Clarence Place was demolished, and much of Callaghan's Lane also.

The Historical Street Directory (Dun Laoghaire Borough Historical Society) states that the street is named after Francis Middleton Bently (1877-1943).  Note the spelling of his name.  He is recorded in the 1911 census as living in the school as a single man, and is stated to have died at his residence at Tudor House, The Hill, Monkstown. 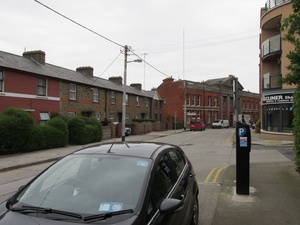 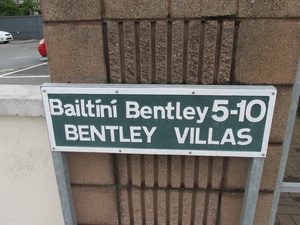