Welcome to the Castlehaven and Myross LocalWiki!

A website about Castlehaven and Myross that anyone can edit

Click on Explore or Map at the top to see what's here now.

While anyone can create an account and contribute immediately, we encourage you to email us and introduce yourself so that we can collaborate on this effort. You will be made to feel very welcome and every contribution is welcome. You don't need to be a historian, a cartographer or a gaeilgeoir; we are all amateurs and need help with everything from transcription of archives, to photographs, to getting oral and video recordings from older neighbours and family members.

Explore our 67 odd townlands.  While many are yet to be developed by our volunteers some townlands like Fearran Dáith and Ceann Tuaithe are finished (for now).  We would love your help and contributions.

Our parish was officially a Breac-Ghaeltacht in 1926. While it is now an Iar-Ghealtacht, hundreds of beautiful Irish words from rón to raithneach still survive in everyday speech in the parish. We are making efforts to preserve our words and distinct local dialect and keep them in the vernacular before they are lost forever. There is no English word that can easily replace teaspach or slachtmhar.

We have had many waves of invasion and settlement. These range from Neolithic farmers who erected the galláin above Castletownshend to the Gaels and the mighty Corcu Laidhe tribe who became High Kings of All-Ireland. Then came the Vikings who possibly gave us the name Castle-höfn .

After this, the seafaring Ó Drisceoil kingdom came to dominate. A brief Norman incursion followed in the 1200s which led the arrival of displaced Irish clans from further north in Munster such Ó Donnabháin and Mac Cárthaigh with their various septs. This wasn't always a peaceful migration and they used the lámh láidir to carve out new territory around the parish.

The Spanish arrived in 1601 and promptly named the area Porto Castello. A huge cultural change happened as Sasanach adventurers such as George Touchet and Richard Townsend received land that has been seized after the Battle of Castlehaven and the Cromwellian Conquest. These were followed in the 1700s by Protestants fleeing religious persecution in Scotland and Europe who took advantage of the rising tide created by figures in the Protestant Ascendancy such as Thomas Somerville.

The potato lead to a population boom for the Irish speaking population but an Gorta Mór lead to a collapse of the local population from over 10,000 residents at the eve of the famine to c. 1,200 people by the 1950's.  Finally more recent economic and cultural immigrants from Europe and beyond have settled here and the population has made a modest recovery.  Each wave of invaders and migrants eventually integrated and became "more local than the locals themselves". They all left their mark and continue to do so.

It is reasonally well-known that many Irish census records were tragically lost during the Civil War and, as a result, the first full census that is available is as recent as 1901. However, results of a Religious Census in 1766 were recently released. While we do not have results by townland we have it by parish. In 1766, there were 40 Protestant and 490 Papist families in Castlehaven with populations of 156 and 2223 respectively. Myross had 22 Protestant and 275 Papist families with populations of 98 and 1855 (might be 1885) respectively. However Castlehaven had no priest or friar while Myross had 1 priest.

As mentioned, the detailed census records of 1841, 1851, 1861, 1871, 1881 and 1891 were lost in 1922. However the summary numbers by townland survived and are included in these pages. Whilst unfortunate that we no longer have detailed information on family names, it is good to get an idea of population shifts in those turbulent years.

There is a rich body of folklore in the parish, much of it collected shortly after independence and many stories were recorded in the local dialect of Irish. Fionn MacCumhaill was only one of the many giants who bestrode our hills. These are brilliant stories of love, treachery, magic and miraculous events.

As a popular tourist destination, we have many pubs, restaurants and activities for visitors. We also have a wide range of local services that range from farming contractors to IT companies that take advantage of our high-speed fibre broadband.

We recognise that pronunciation of many local placenames and words can sometimes be challenging but we always encourage visitors to "have a go". We appreciate you making the effort to protect our culture and minor placenames.  Sure, you might initially pronounce Myross as "Moy Ross" - but it actually sounds more like "Mir-os" as it was anglicised from Míros. Locals will generally help you and we do appreciate you making the effort. Go raibh míle maith agat.

At a later date, we plan to add sound files with local pronunciation so that these beautiful words and placenames will survive .

The style of our LocalWiki is to always lead with original Irish placenames and to use local words in the text of articles. This includes short sections and quotes in Irish 'as is', without translation on the basis that sometimes "Is fearr Gaeilge briste ná Béarla cliste". This is in no way meant to be elitist or exclusionary. However, if we don't protect the placenames and language that was used locally for 2,000 years, who will?

If an anglicised version of a placename exists, we normally include it.  For purely Irish placenames like Ceim an Staighre or our many examples of Poll Gorm, we never translate them but we do try to interpret them so their meaning may be understood by a wider audience.

Conversely, for purely English placenames like Dutchman's Cove, The Battery or The Doctor's Hill, we make no attempt to gaelicise them. They are an important part of our history and we are equally proud of them. 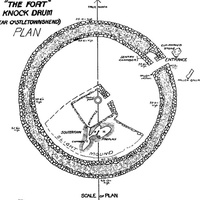 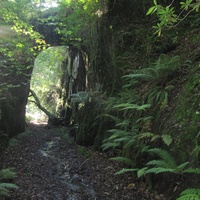 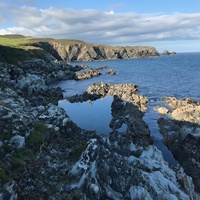 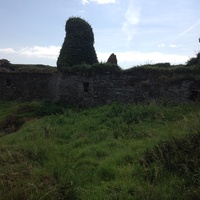 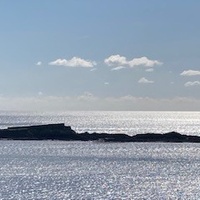 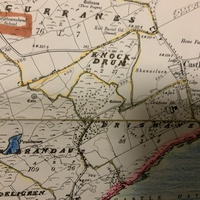