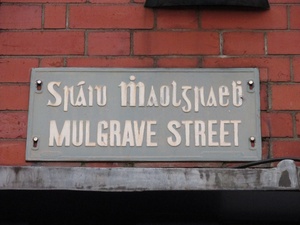 On the junction with Upper Georges St is Number 10 Upr Georges St, recently vacated by Dansk Bank, previously National Irish Bank, earlier Northern Bank.  Number 10 was built about 1911 as the Kingstown Cinema, the earliest purpose-built cinema in the area. It continued as a cinema through the 1940s.  In the 1950s, it became the retail premises of Montague Burton, Tailors.  Around 1990, it became a pizza restaurant under the name of Pizzaland, but it's occupancy was short-lived. By the mid-1990s, the Upr Georges Street frontage had been rebuilt by National Irish Bank.  The Mulgrave St side of the building is a combination of the new construction, with the original building.  The new part replicates much of the architecture of the older part, but the combination does not produce a pleasing result.

Apart from the buildings close to Upr Georges St, the rest of the street is mixed residential.

Origins of the name Mulgrave Street 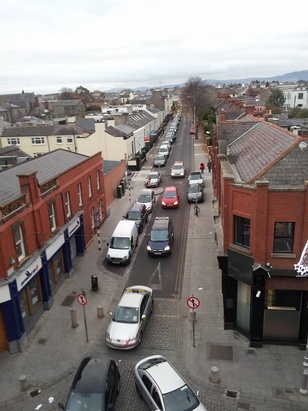 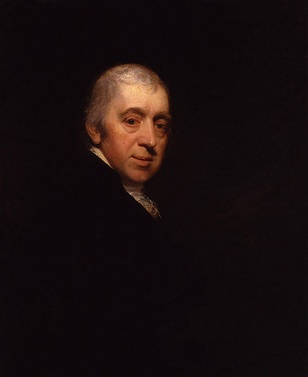 Until 1856, Mulgrave St was called Rumley Avenue, but the name Mulgrave had earlier been applied to some houses on Northumberland Avenue.

advertisement taken from A Grand Concert 23rd November 1894Francesco Morosini (1855-1913) was a London-born "Professor of Music" who founded the Italian Academy of Music and provided tuition in singing and piano. His house at 3 Anna Mount was on Mulgrave St, and is referred to as House No 38 Mulgrave St in the 1901 census.  By the 1911 census, the family had moved to Pembroke St.   The Morosini-Whelan school of dancing was formed there by the Morosini family in 1912 and is still operating in Phibsboro.

Francesco Morosini's father, George Morosini was native of Palermo who came to England and in 1840 married in London Clotilde Parigiani, a well known contralto who sang in Italian opera with Grisi, Mario and Lablache, and a cousin of Pope Pius IX. Soon after his marriage he settled in Dublin and obtained some practice as a portrait painter. A "Portrait of Whitley Stokes," a copy by him after a picture by Charles Grey, is in the College of Physicians, Kildare Street. He resided at 134 Baggot Street and died on the 5th May, 1882.

A few people who lived in Mulgrave Street
Brendan Balfe