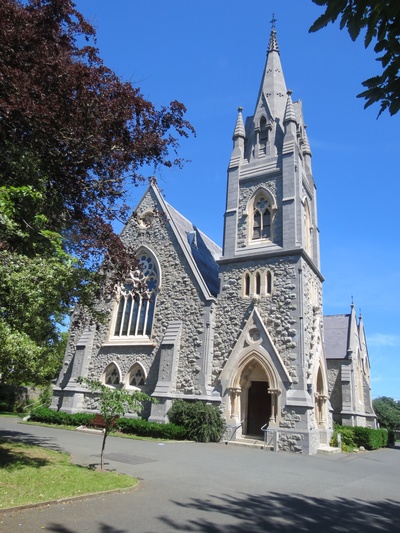 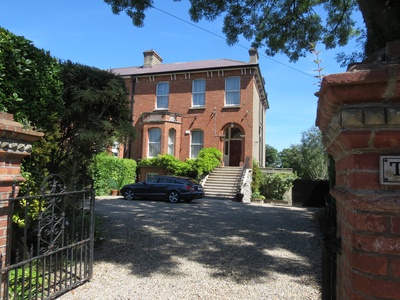 Red Brick and bay windows are frequently seen in houses in this area. 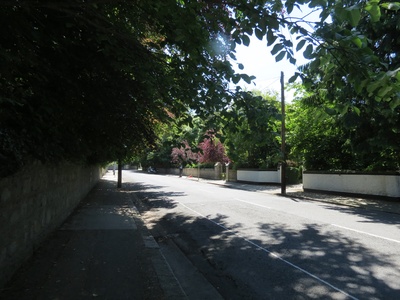 Silchester Road in the "leafy suburbs of South-east Dublin" 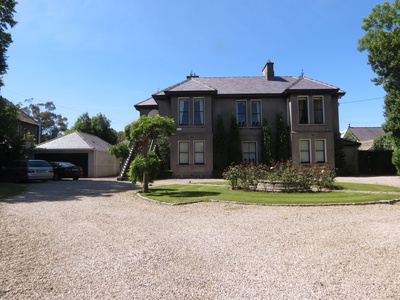 Silchester Road houses tend to have a large site area 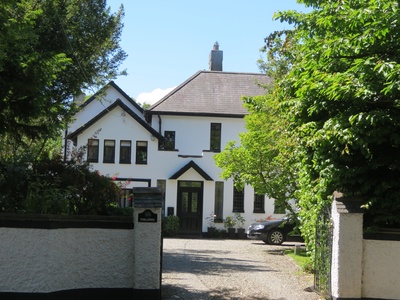 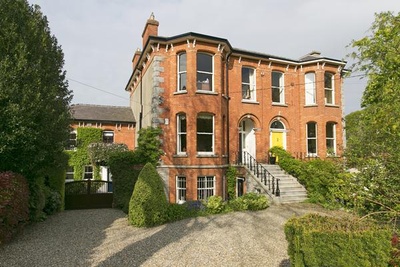 For this house on Silchester Road the estate agents text read "Agents Lisney make the bold claim that this fine Victorian redbrick with adjoining mews is ‘arguably the best property to come to the market this year in South County Dublin’."   Silchester Road is the type of road which comes to mind when the media use phrases like "leafy suburbs of South-east Dublin".  It was named after Lord Silchester, of the Longford/DeVesci family who owned a lot of land in the area. The title Baron Silchester, of Silchester in the County of Southampton was held by that family from 1821.

It is one of the best preserved roads in the area.  There have been no houses demolished at any time along the road, and no really out-of-character developments.  It thus retains its full history of the architecture of high-end houses from the Victorian days to modern times

Silchester Road does not appear in Griffith's Valuation (1849) or in the maps of 1860.  Instead there are open fields.

10 years later, maps show Silchester Road fully laid out, and 3 houses (Silchester House, Nurney and Rosenberg) set back from the road, each occupying quite a large site.  Pathways are shown in the gardens of these houses.  A smaller house, Ardgroom is also shown.  St Pauls Church, on the corner of Silchester Road and Adelaide Road dates from 1868.  Some sites for further houses are also laid out on the 1870 map.  The south side of Silchester Road is still open fields as at 1870.

By the turn of the century, 4 large detatched houses have been added, and 6 pairs of large semi-detached houses.  All of these developments are on the Eastern half of Silchester Road, i.e. the half which is closer to Adelaide Road.

All of the other houses on Silchester Road date from the 20th century.

A glance at the census of 1901 shows all of the signs of an affluent community.  Heads of families include bankers, professionals (lawyers, engineers, etc.) merchants and other business owners, as well as people living on dividends from investments or on high-ranking army pensions.  Most houses have a small retinue of servants, and it is noticeable that few of the servants were born locally (locals wound carry gossip into the area).

Glenageary Tennis Club (originally Kingstown & Glenageary Lawn Tennis Club) was founded in 1887, and is located on Silchester Road.  Surprisingly, it does not appear on maps around 1900.  It has 8 Savannah courts, a clubhouse, and other facilities.