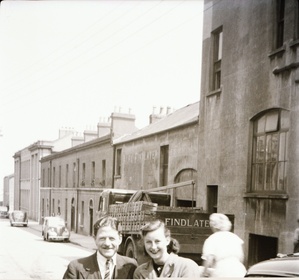 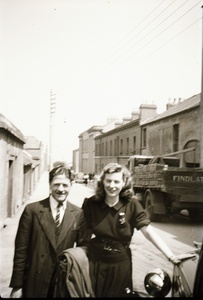 History of the Street Name 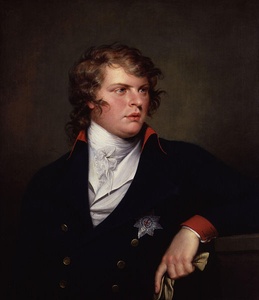 Augustus Frederick, Duke of Sussex (1773-1843)Sussex Street was previously known as Clock Lane, a reference to the clock on the turret of the Harbour Commissioners Office, which is exactly in line with the street.

The name Sussex relates to the Augustus Frederick, Duke of Sussex (1773-1843), one of the 15 children of George III, and a brother to George IV.  The names of his brothers, George IV and the dukes of Clarence, Cumberland, and York are also commemorated in streets and roads in Dún Laoghaire.

In 2001, an attempt was made to rename the street to Sheridan Street in memory of Rev Bartholomew Sheridan (1799-1862) parish priest of Kingstown 1829-1862.  The attempt failed.  Sheridan lived at Eblana House, the last house on the west side of the street, near the junction with Eblana Avenue.  The report below is reprinted from "Southside People"

History of the street

In her book on the life of Catherine MacAuley (foundress of the Sisters of Mercy), Mary C Sullivan describes how the nuns came into possession of a house on Sussex Place (now Sussex St) in 1835.  The site was 74ft wide and 140 ft from front to back.  She wished "to have a school for the poor girls whom we every day saw loitering about the roads in a neglected state".  A builder, James Nugent was engaged in a rather informal fashion.  Arguements which later developed between Nugent, the nuns, and Rev Bartholomew Sheridan were intense, with references to cheating and lying and high-handednmess being thrown around.  Further research into this episode might be fruitful.

Businesses on the street